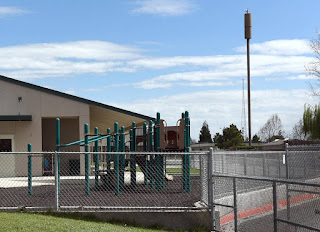 
Sprint has turned off a cell phone tower at a Ripon elementary school that parents suspect was the cause of cancer cases among students and teachers.

Ripon Unified School District said the tower at Weston Elementary School was disconnected Wednesday and Sprint is working on relocating the cell site.

Four students and three teachers at Weston have been diagnosed with different forms of cancer since 2016. In addition, two preschool-age children living near the school have been treated for a malignant tumor and leukemia, and a Modesto family says a 22-year-old former student of Weston underwent surgery last year for a brain tumor.

Monica Ferrulli is one of the Ripon parents who spent two years urging the school district to remove the cell tower from campus.

“I think it is admirable,” Ferrulli said. “I was actually very hopeful at first but after going to school district meetings I had lost a lot of hope. We have eliminated one factor that could cause the students to be unsafe.”

Ferrulli’s son, Mason, who attended the school, underwent numerous treatments for brain cancer two years ago. The cancer was in remission but has returned.

Various studies have concluded the electromagnetic fields created by cell towers can cause cancer. The American Academy of Pediatrics has advised parents to limit their children’s use of cell phones.

The school district and Sprint have cited independent tests showing the tower met safety standards. Parents have said it’s possible the different pediatric cancer cases near the school site could be tied to another cause.

According to Ferrulli, the school district has collected samples to test the soil and water at Weston.

In a statement on its website, Ripon Unified said it has worked with Sprint to take action. “Sprint has turned off the cell tower at Weston Elementary School and is moving forward with leasing, permitting and deploying a new site.”