Injuries of 5G-Like Radiation Were Reported in 1977

Injuries of 5G-like radiation were reported in 1977
By admin, stralskyddsstiftelsen.se, 27 February 2019 - auto-translation 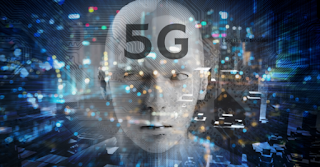 According to a previous secret report from the US, Russian scientists before 1977 showed that millimeters waves, like those that 5G intends to use, are harmful and affect many bodily functions. Despite only 15 minutes of exposure a day for 60 days, harmful effects on the skin, central and autonomic nervous system, hormone system, metabolism and immune system were observed.
Photo: Shutterstock

The report from the US (from the government agency JPRS Joint Publication Reserach Service) was first published in 2012 but was authored in 1977. The conclusion of the report is that the research has shown that millimeter waves have a great detrimental effect and are based on both animal experiments and studies of exposed people. The degree of detrimental effects depends on the length of exposure time and individual properties.

The report describes the results of animal experiments in which rats were exposed 15 minutes a day for 60 days to 37.5-60 GHz at 10 W / m2. It is the same level as the reference value that the Swedish Radiation Safety Authority claims to protect everyone at 24-hour exposure for an indefinite period with 50 times the margin to "detected" health effects, meaning that no harmful effects have so far been observed below 500 W / m2. In April 2018, the National Post and Telecom Agency granted Ericsson a license for 5G tests in Sweden with 26 GHz.

Among the harmful observed effects in animal experiments were:

1. Nerves in the skin affected and injured. In the skin, the effect on nerves arose with thickening of the nerves. The myelin layer, i.e. the protective layer around all major nerves in the body, was damaged in superficial nerves.

2. Tissues in the heart muscle, liver, kidneys and spleen were affected . In these tissues, small dead particles and altered tissue also appeared.

4. The function of the central and autonomic nervous system was inhibited.

5. Effect on the hormone system. The content of cortisone increased. The levels of ascorbic acid (vitamin C levels) in the adrenal cortex where cortisone is produced fell a few percent. This indicates that millimeter waves affect the hypothalamic pituitary system of the brain, where various hormones are produced or stimulated. In the hypothalamus of the brain, adrenaline increased while norepinephrine fell. In adrenal glands, the amount of adrenaline was doubled while norepinephrine dropped 11%. In adrenal glands, adrenaline was increased by 60% for 10 days after the end of exposure.

6. Affected metabolism . Radiation inhibited oxygen consumption and energy conversion in the mitochondria of the liver, kidneys, heart and brain of the rats. The phosphorylation of ATP decreased by 64% in the liver and kidneys, which meant that the metabolism was affected in these organs. A few enzymes that participate in this energy conversion decreased.

The US report also reports that the results of animal experiments were compared with studies of 97 people who in their work were exposed to millimeter waves and which confirmed the influence of radio waves on the metabolism in the organism. In particular, effects on metabolism and disorders of the immune system were observed.

Conclusion: The research indicates a high biological activity and detrimental effects of exposure to millimeter waves on the organism. The effect on biological reactions increased with increased exposure time and was dependent on individual properties.

This report alone shows that 5G is a health and environmentally hazardous project that violates the Environmental Code's stop rule, Chapter 2. §10 because the results indicate that 5G can be feared to impair the general health condition. The project must therefore be stopped with the support of Swedish legislation that also places the burden of proof on the operator who has to show that 5G will not impair the health condition. This industry has not yet been demanded.

This report should be added to the facts that already exist in the case:

1. No research has been published showing that 5G is safe for health or for the environment. This means that 5G is an unacceptable experiment with the entire Swedish people's health and with our common environment. US Senate

2. Over 220 researchers and doctors believe that 5G can cause serious potential health and environmental consequences and that 5G must therefore be stopped. 5G appeal.
3. Over 240 scientists working in the field note that there is growing evidence that already existing radiation causes harmful health effects. 5G will greatly increase this form of radiation. EMF Scientists.

6. Ericsson has reported that current protection values ​​in Russia, Poland, Italy and Switzerland may be exceeded within 115 meters from a base station in urban environment in Sweden. Article.

7. In Sweden, we lack a protective limit for the effects shown in the Russian report. The radiation safety authority's reference value, which is 100 times higher than the Russian one, only protects against immediate effects since the radiation is so intense that it heats up tissue within 30 minutes. It excludes the effects of long-term exposure, such as cancer and mental illness. So high is Sweden's permissible value.

The work the Radiation Protection Foundation does is for you and your family. For your health, for future generations and for our common environment. The work is done so that you will have access to the information that should be self-evident in a democracy. We do the information work that the responsible authorities should do, but they do not. We also do the investigative work that leading media should do, but they do not.

This careful review takes time and often requires hard work before every new article can be published.

If you think this is important and want to contribute to our continued work, you can donate a lump sum or become a monthly donor by reporting standing monthly transfers in your internet bank. If many contribute, we can work even better. Together we become strong.