Open letter to the President of the Federal Network Agency 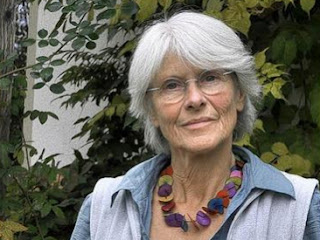 The environmental physician Barbara Dohmen from Murg (Baden-Württemberg) wrote an open letter to the President of the Federal Network Agency on the occasion of the 5G frequency auction. From a medical point of view, she impressively describes the dramatic consequences that complete radiation will have for electrohypersensitive people. Freiburg, 17.3.2019


As you will chair, as President of the Federal Network Agency, the auction of the 5th mobile phone generation, 5G, next Tuesday, 19.3.2019, I would like to urge you to inform yourself about the probable unknown effects of mobile phone technology in the health sector. There is a worrying increase in morbidity that we doctors trained in environmental medicine have observed in our professional lives since the beginning of the expansion of wireless communication technology with 2G, 3G, 4G:

In my function as a general practitioner with a focus on environmental medicine since 1993, I see an increasing number of new patients coming into my practice. These are people who suffer from the so-called microwave syndrome, also called electrohypersensitivity, i.e. they react immediately or with delay to high-frequency emitting equipment with permanent functional disturbances that are detrimental to health - depending on individual organ susceptibility: sleep disorders, general exhaustion, headaches or pain in other parts of the body, visual disturbances, dizziness, nausea, drowsiness, impaired thinking, concentration, learning and memory, earaches and noises in the ears, high blood pressure, sudden acceleration of intestinal peristalsis, cardiac arrhythmia, tension, nervousness, irritability or depressive mood and anxiety up to panic attacks, just to name a few of the most frequently occurring ailments. With the increasing, ubiquitous intensity of radiation, the impairments of my patients show an ever more pronounced tendency.  For severely affected people it is now life-threatening.

The list of serious diseases caused by radiofrequency radiation is also alarmingly long: in our environmental medical care, we are increasingly observing neurodegenerative diseases and epilepsies.  In our specialist journals, articles are on the increase about burn-out, premature dementia, strokes in younger and younger patients and a significant increase in cancer.

In comparison to the other environmental patients who visit me, the waves-sensitive patients differ due to the fact that in these patients, who have been healthy and mostly young so far (many aged between 20 and 40 years) - the above-mentioned syndromes appeared suddenly or slowly due to the effects of radio waves, which finally forced them to give up their profession, in which they had worked well and with pleasure, because of the severity of the symptoms.

Many now live on Hartz IV [German welfare benefits and unemployment insurance] and usually have great difficulty in convincing the authorities and the medical service that they are not afraid of work but sick. With the courage of the desperate, they try to come to terms with this hitherto unknown life at the subsistence level and find a place with little radio waves in rural, low-radiation areas where their complaints can still be reduced to a tolerable level.

- if, in their distress, they have to put themselves to the test of others and, because of their complaints, ask them, for example, to switch the mobile phone to flight mode or to switch it off completely or to use it further away
- or if they ask their neighbors to find a wireless solution together for their smartphone, cordless phone, W-LAN router, Bluetooth or baby monitor
- or if they have to refuse hospital admission because all inpatient facilities are now equipped with W-LAN or there is a radio mast on the hospital roof.


Often these waves-sensitive patients who come to me have suffered a massive blow: They had to accept drastic changes in their area of life in order to alleviate their complaints:

-the sleeping area is shielded with their last money or moved to a place with less waves, often in the basement,
- sleep is only possible in the garden house, in the car or caravan at a waves-poor place in the forest,
- many of my patients have moved countless times because the radio wave exposure has been catching up with them time and time again.

Those who cannot reduce the domestic radio wave pollution spend most of the time - even during the day - under their wave-shielding canopy (within 2 square meters!) or they flee into the mostly less polluted nature, far away from any civilization, in order to feel there for a short time like they did when it was natural for them.

These radiation sensitive people live isolated and excluded from the usual social life. A participation in the social life and each course for everyday errands must be planned exactly by the waves-sensitive ones, in order to keep the illness effects as small as possible by the inevitable contact with the mobile phone waves from others, with W-LAN TO GO or by radio masts.

This is an untenable situation, because in our constitution, every German citizen is entitled to fundamental rights: Article 2: The right to life and physical integrity, Article 3: No one may be disadvantaged because of his disability, Article 13: Invulnerability of the home!

Many of my patients therefore express themselves very desperately.  They are not only unemployed and impoverished, they are also much more threatened, that they are still not taken seriously by politics and a society controlled by mobile phones. In addition, in view of the growing high-frequency exposure and the ministerial announcement to close all radio wave gaps, with increasing disease symptoms, it takes courage and confidence to ever be able to lead a qualitatively good life again.

Some admit to having already thought of ending their miserable lives. Two of my desperate patients have already committed suicide, one patient poured gasoline over herself, another poisoned herself with carbon monoxide, and a third was saved at the last minute. It is not easy, as an accompanying doctor, to endure all this suffering without the possibility of therapeutic assistance for more than 20 years.

For a population that is already absolutely at the upper limit in terms of health, the planned ubiquitous introduction of 5G with millions of new transmitters and thousands of satellites - also with the completely unexplored new millimeter waves - means an enormous expansion of the already enormous high-frequency exposure. This aggressive radiation penetrates not only house walls, but also all living organisms! All the electrohypersensitive people, who have reached the order of magnitude of all diabetes sufferers in Germany and whose number is constantly increasing, take the last possible refuge with these upcoming auctions, which will further reduce their chances of survival!

Dear Mr. Homann, are you aware of your responsibility?

Have you thought carefully about what you are going to do tomorrow with the start of a series of frequency auctions to the four bidding mobile operators to install 5G technology?

- Not only humans, but all living things, yes, all of nature as our basis of life, trees for the most part - our resources, our atmosphere, our weather with the already ailing climate, our already declining democracy and last but not least our proven right to privacy are exposed to a life-damaging destructive power unprecedented in human history
- Thus, the mobile technology and its now blindly blessed further expansion to the largest ever man-made threat to all life on this planet!


As a doctor, it is completely incomprehensible to me that the top priority of a federal authority is not to maintain the health of all citizens, especially the next generation, but to achieve prestige and profit.

I would therefore urge you to adopt a different viewpoint that upholds the life and health of the people and environment entrusted to you as the most valuable!

If, on the other hand, you open the door tomorrow to the disastrous effects of this disease-causing communications technology by selling our airwaves to an all-pervading technology, the suffering of man and nature will take on immense proportions in the future and have a dramatic impact on our entire environment and on all future generations!

In the hope that you become conscious of the great responsibility of your acting in view of the immense dangers that not only me, but hundreds of scientists world-wide warn about (https://www.5gspaceappeal.org/the-appeal)

Greets you with great concern,