Switzerland: Three-year moratorium on 4G + and 5G in Geneva 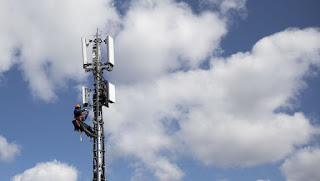 This modification was accepted Thursday evening by 60 yes, 35 no (PLR) and one abstention, without having been studied in committee despite three requests to this effect. State Councilor Antonio Hodgers, in charge of the Territory Department, however, noted the confusion that exists between 4G +, 5G and millimeter 5G, which is not yet deployed in Switzerland.

“If you want, the state will refuse any antenna transformation for three years, but it will do so without a legal basis. There is a great risk of seeing this law broken by a court,” said the magistrate. And to recall that the canton introduced last year a moratorium on the installation of new antennas, but that the operators adapt their antennas to allow 4G +.

The moratorium adopted Thursday evening also aims to respond to the growing concern of the population, said in the preamble the deputy Green Jean Rossiaud, first signatory of the bill. “The precautionary principle prevails in view of the absence of independent studies on the effects of this technology on health and biodiversity,” he said.

An opinion shared by the PDC Bertrand Buchs: “5G poses health problems, choice of society and security, given the possibilities of industrial espionage. The other countries have not yet installed 5G, we have time . ” For MCG Patrick Dimier, the risk of intrusion into the private sphere is also great.

Opposed to a text which has not been studied in committee, the PLR ​​wishes to know the economic risks of such a moratorium. “Technology must be framed but not countered,” argued Yvan Zweifel.

For a moratorium in Switzerland

Like the canton of Neuchâtel, Geneva also asked Thursday evening for a moratorium on the deployment of millimeter 5G in Switzerland. Exercising its cantonal right of initiative, the Grand Council adopted a resolution to this effect on Thursday evening with 56 yes and 36 no.

The text also asks the Federal Assembly to carry out a national cadastre of the waves in collaboration with the cantons as well as to take into account their opinion and that of the municipalities when planning the coverage of the different networks on their territory.