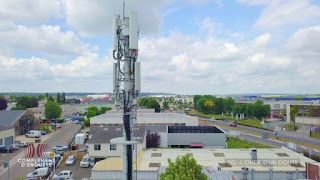 Gérard Duchastenier has spent more than thirty years in the company. When the reporters of “Complément d’Investigation” collected his testimony, this former computer engineer had been battling cancer for more than a year. This was declared in 2019, four years after his retirement. On MRI, he was found to have a glioma (or glioblastoma), a very aggressive tumor, in the right temporal region.

Journalists were able to identify the premises in which he worked – right in front of a base station for one of them, or in the basement, in a computer room he shared with a colleague.
Two hours a day on the cell phone

“It was very close to the waiters, he explains. These big servers are full of vibrating computer components. You can tell it’s not good … but after all, it’s the job. “

When Gérard Duchastenier learned of his illness, he contacted his former colleague. Like him, he spent two hours every day on the cell phone. Like him, this former colleague suffers from a glioma, he learns … but “on the left side … since he is left-handed”, he specifies. Before adding: “And it is true that there, I made the connection with the electromagnetic field … the working conditions. ”
Seven confirmed cases of glioma among employees between 2015 and 2019

In the company, the two engineers were not the only ones to have developed a glioma. Between 2015 and 2019, seven cases of this rare brain cancer were found among 1,000 Atos employees, and ten others in the vicinity of the site.

Gérard Duchastenier died on July 22, 2020. Since that date, an eighth case of glioma has been discovered on the Clayes-sous-Bois site. At Atos headquarters, three new cases of brain cancer were also detected in a single office. A survey has been launched to shed light on the work environment.

> Replays of France Télévisions news magazines are available on the Franceinfo website and its mobile application (ios & Android), “Magazines” section.