FCC Under Pressure from Scientists and Health Organizations 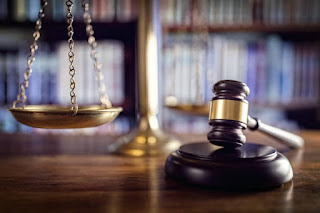 Leading environmental health organizations, including Phonegate Alert, and experts, including Professor Belpomme and Dr. Arazi, are calling on the Federal Communications Commission to promptly respond to the order of the U.S Court of Appeals for D.C. Circuit in their recent judgment in Environmental Health Trust et al. v the FCC which mandated the FCC to re-examine the evidence regarding its 25-year-old wireless radiation safety limits. The new filing by Environmental Health Trust on November 30, 2021 requests the FCC re-open its official proceedings to allow the submission of new scientific research studies on the official record.

“We can no longer rely on 25-year-old science for today’s technology. Our nation cannot take a shortcut when it comes to public and environmental health. Now is the time for our nation’s regulatory bodies to ensure safety standards are based on the latest research,” stated Linda Birnbaum, Ph.D., former director of the National Institute of Environmental Science, and former director of the National Toxicology Program, one of many experts calling for this updated review.

EHTs filing included a letter from dozens of scientists, as well as the Environmental Working Group, Phonegate Alert, The Bioinitiative Report, Consumers for Safe Cell Phones and a member of the New Hampshire State Commission on 5G. The new filings included a Report “Scientific and Policy Developments in Radiofrequency Radiation December 2019 through November 29, 2021” documenting the critical new scientific research studies published over the last two years which confirm biological effects from wireless radiation and the urgent need to strengthen the FCC’s regulations. The scientists assert that, if the FCC does not officially re-open the record, its response to the Court order would be deficient as it would lack the most recent scientific evidence and be an out-of-date review.

“Good government requires a serious hard look at the growing scientific evidence that indicates current levels of wireless radiation pose a serious threat to human health and the environment,. We look forward to the new FCC taking a fresh approach to this issue, “ stated Devra Davis Ph.D., MPH, president of Environmental Health Trust.
Link to Environmental Health Trust FCC filing and letters by the Environmental Working Group, Phonegate Alert, The Bioinitiative Report, Consumers for Safe Cell Phones and member of the New Hampshire State Commission on 5G.
Link to Report on a Selection of the Published Science Indicating Adverse Health and Environmental Effects from December 2019 through November 2021

WASHINGTON, Dec. 6, 2021 Find the EHTrust Press release on their website