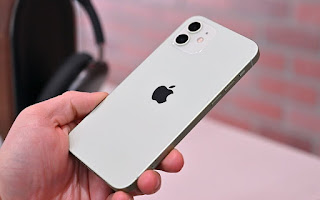 A proposed class alleging Apple's iPhones expose users to dangerous radiation urged the Ninth Circuit at a hearing Friday to overturn a lower court's findings that the claims are preempted by federal regulations, arguing congressional intent and an "unbroken line" of U.S. Supreme Court rulings clear the suit to move forward.
Matthew W.H. Wessler of Gupta Wessler PLLC, who represents the proposed class, told the three-judge panel during a remote video conference hearing that the plain text of the Communications Act of 1934 and Telecommunications Act of 1996 "make clear that [Congress] did not intend for any state law to be preempted in the context of ... regulation for cell phones, and you can see it in a number of different places."
Wessler also said an "unbroken line" of at least three high court rulings since 2000 underlined this interpretation of the two congressional acts and held that "safety standards, agency safety standards, regardless of context, operate as regulatory floors, and do not themselves preempt state common law claims that seek to impose a higher standard."
But an attorney for Apple told the court that if it sides with the proposed class, chaos in communication laws will follow, noting that the Federal Communications Commission is expressly opposed to the proposed class' claims being brought before a jury.
"Plaintiffs want a California jury to determine that phones that the FCC said are safe, are dangerous, and find that disclosures that the FCC said are sufficient are inadequate," Joseph R. Palmore, who represents Apple, told the panel. "And they would invite juries in all 50 states to make their own determinations on these same questions."
He added, "The FCC has explained in this case that if allowed to proceed these claims would pose a fundamental threat to our unified national communications network."
In the suit, the proposed class alleged the iPhones exceeded the FCC's regulations, spurred by a media report that came to the same conclusion after third-party testing of the phones. According to the suit, while the FCC tests phones at a distance of 5 millimeters, the third-party testing used a smaller distance or no distance.
In an October 2020 order granting Apple's motion for summary judgment, U.S. District Judge William Alsup said the suit is preempted by FCC regulations, which set a standard for cell phone radiation that the phones fall beneath. Subsequent retesting by the FCC confirmed the radiation levels were at safe levels, the judge added.
In a statement of interest on the district case, the FCC said the phones do comply, and the plaintiffs' claims that Apple was required to provide additional consumer disclosures conflicted with a commission determination that existing disclosure requirements adequately informed the American public.
While the plaintiffs challenged the FCC's ability to preempt, Judge Alsup rejected their arguments, saying the FCC was well within its regulatory authority to create substantive rules about radiation on a nationwide basis.
Judge Alsup further found that a 1996 amendment to the Communications Act does not, as the plaintiffs argue, curtail the FCC's ability to preempt state law, but maintains its preemption authority, while a particular subsection limiting the FCC applies only to the section it's in, not other regulations.
On Friday, Wessler said his clients read the '96 amendment differently in that it "deliberately chose not to preempt" attempts to challenge the FCC regulations, as the only preemption expressly states applies to facilities, not to cell phones themselves.
Wessler told the panel that three Supreme Court rulings — 2009's Wyeth v. Levine , 2011's Williamson v. Mazda Motor of America and 2019's Virginia Uranium, Inc. v. Warren — supported his clients' arguments on preemption.
"I think that is a fundamental cornerstone of implied preemption of jurisprudence, [and] the Supreme Court has walked down that path without erring" since 2000, he said.
Palmore told the panel the vision of the proposed class is "fundamentally inconsistent with the design of the Communication Act and with the FCC's articulation of its goals in these proceedings, which is a crazy-quilt patchwork of different regulatory regimes where carriers could be found liable or subject to injunctions for selling or marketing phones that are perfectly legal according to the FCC and are perfectly legal according to other states' laws."
He added that this vision "would allow perhaps one state or even one jury that had the strictest standard to dictate communications policy for the entire country, completely displacing the FCC from the equation."
District Judges William A. Fletcher, Johnnie B. Rawlinson and John B. Owen sat on the panel for the Ninth Circuit.
The proposed class is represented by Matthew W.H. Wessler of Gupta Wessler PLLC.
Apple is represented by Joseph R. Palmore of Morrison & Foerster LLP.
The case is Cohen et al. v. Apple Inc. et al., case number 20-17307, in the U.S.Court of Appeals for the Ninth Circuit.
--Additional reporting by Mike Curley. Editing by Emily Kokoll.