Consumers Not Yet Convinced of the Benefits of 5G Technology

A new study from YouGov shows that the UK is the third most pessimistic country when it comes to 5G, with only Bulgaria and Austria proving more gloomy 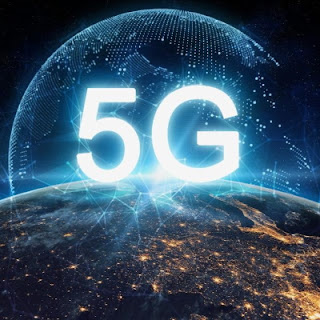 Since the middle of 2019, the UK’s mobile operators have been racing to deploy 5G technology around the country, broadly proclaiming that the technology would revolutionise the consumer experience in a short few years.
But while the new technology has the potential to unlock many exciting new use cases, from virtual reality to industrial automation, particularly as 5G standalone networks begin to be rolled out in recent months, the reality for most consumers is that a 5G connection currently offers them little more than a minor speed boost.

Perhaps this is why, at least in part, that a new study from YouGov, conducted via Global Profiles, shows Brits to be broadly disillusioned with the relatively new technology.

The study, which explored attitudes towards 5G across 28 global markets, asked participants to respond to the statement ‘Having 5G benefits my life in many ways combined”, selecting ‘agree’, ‘disagree’, or ‘neither agree nor disagree’.

In the UK, 44% of respondents disagreed with the statement, while 36% were neutral, leaving just a fifth of participants to agree that 5G was beneficial.

Of the 28 nations surveyed, this left the UK the third-least optimistic about 5G, with just Bulgaria (19% ‘agree’) and Austria (18% ‘agree’) even more pessimistic.

By contrast, Thailand was the most positive nation, with 74% of those surveyed saying that 5G would benefit their lives in many ways and just 15% saying that it would not.

Taken together, 51% of all global respondents were positive about 5G, while 15% said they disagreed that it was having benefiting their lives.

Thus, over two years since 5G began to be rolled out around the world, it seems that 5G still has something of an identity crisis in the public eye, with countries with more advanced 5G deployments not necessarily being more positive about the technology.

Both Malaysia and India, for example, have yet to launch public 5G services, but the marketing surrounding the new technology in these countries is seemingly effective, with 68% and 51%, respectively, saying it would have a positive impact on their lives. Perhaps one could argue that they have yet to be disappointed.

That said, some of the more advanced 5G nations on the list, like Saudi Arabia and China, were broadly positive about the technology (60% and 59% positive responses, respectively).

In Switzerland, on the other hand, only 22% of respondents were positive about 5G, despite the fact that the country has some of the most comprehensive and advanced 5G deployments in Europe. In fact, 43% of Swiss respondents said that 5G would have a negative effect on their lives, perhaps an indicator of the troubles the country has faced when it comes to 5G protests and (largely unfounded) fears over 5G radiation exposure, both of which caused delays to the country’s network rollouts.

In the coming years, however, 5G attitudes among consumers could begin to change due to the long-awaited rollout of standalone 5G architecture, which will allow for some of the more exciting use cases, like drones, virtual reality, and cloud gaming, to become reality. As these technologies themselves begin to mature and proliferate, 5G will finally have some major differentiating factors versus 4G, potentially giving it a higher profile in the public eye and even additional monetisation opportunities for telcos.

Until these networks become a reality, however, it seems that telcos worldwide – but especially UK telcos – must content with a consumer audience not yet convinced of the benefits of 5G technology.