Italy: He fell ill with cancer due to the use of his cell phone: INAIL sentenced to pay an annuity to the worker

Many Italian media have published the news, delving more deeply into the recent Turin judgement.
He fell ill with cancer due to the use of his cell phone: Inail sentenced to pay an annuity to the worker
by Sarah Martinenghi, torino.repubblica.it/, 5 Nov. 2022 - auto-translation 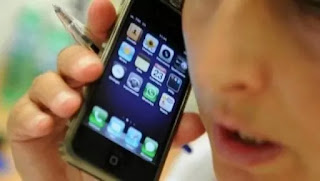 For 13 years he used the phone on average 2.5 hours a day for work purposes. When the former technician discovered he was suffering from a benign ear tumor, he asked INAIL to be granted an occupational disease pension. The Turin Court of Appeal proved him right

He used his cell phone for at least two and a half hours every day for 13 years. And now the INAIL has also been sentenced on appeal to grant him a professional disability pension for falling ill with acoustic neuroma, a benign tumor affecting a nerve in the ear.

The sentence, pronounced on November 2, concerns the case of a former specialized technician from Acciai Speciali Cogne, a 63-year -old man residing in Aosta who turned to the Turin law firm Ambrosio and Commodo after INAIL had rejected his claim for compensation. The lawyers Stefano Bertone, Chiara Gribaudo and Jacopo Giunta, argued the causal link between the use of prolonged mobile phones for work reasons and the illness encountered, and obtained a double positive verdict, before the court of Aosta and now the Court of Appeal. This is the second case in the world that ended in favor of a worker affected by the same disease: a few years ago, again the Turin Court of Appeal, had agreed to Roberto Romeo , a former employee of Telecom Italia, who was assisted by the same law firm, granting him compensation for the prolonged exposure to the frequencies emitted by the mobile phone.

The sentence now pronounced "is the result of a close scientific confrontation " explained the lawyers, "there have been numerous meetings and exchanges of memories between the experts of the parties". The two court consultants had already established that the cell phone had caused cancer "with high probability" and INAIL, in 2020, had been sentenced to pay an occupational disease pension of about 350 euros per month. However, the pension fund had challenged the decision asking for new technical advice. The Court of Appeal thus appointed Professor Roberto Albera, full professor of otolaryngology at the University of Turin, author of 400 publications who in his long experience has performed over ten thousand operations including just under 200 for neuromas. He too confirmed the high probability between radiofrequency exposure and the patient's disease.

The sixty-three-year-old had always used the cell phone on his left ear, because his right had already been injured due to a previous trauma, with an overall calculation between 10 and 13 thousand hours, from 1995 to 2008. Operated for the tumor, he reported total deafness from that ear and also damage to the facial nerve resulting in paresis on that side of the face and a state of depression. "The conflict of interest and the quality of the studies facing each other on the subject were also addressed in the course of the case," explained the lawyers. According to the medical consultant, "the studies that support the poor correlation (between this tumor and the use of mobile phones, ed) refer to the Interphone study, which was criticized because it also considers modest exposure to radiofrequencies from mobile phones and there are doubts about a possible conflict of interest of the authors with the manufacturers ", while "in the specific case of acoustic neuroma, the hypothesis of a possible correlation or, in any case, one of its causes, is based on studies carried out by evaluating the exposure more precisely".

The high probability of correlation between cancer and cell phone in this case was ascertained on the basis of the absence of other possible causes and prolonged exposure to radiofrequencies thus proved to be the only risk factor for the former steelworker.

For lawyers Stefano Bertone and Renato Ambrosio, who are also following five other cases of people who fell ill with neuroma or died from glioblastomas, "the greatest danger is for the public, including children: radio frequencies are perceived only with electric detectors, unlike the exhaust of a diesel engine that is felt by smell, or the sharp blade of a knife by touch. The Wi-Fi, the 'soaps', the hotspots all emit and receive radio frequencies ”. It is no coincidence that in a risk assessment document of a major telephone company, the company has expressly informed its 7000 employees that cell phones must not be "in contact with the face", indicating the use of "wired" earphones ”, and cordless or similar are not available for them.