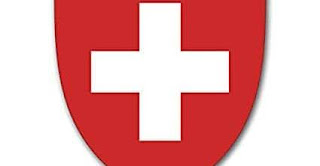 On December 22, 2022, the General Secretariat of the Swiss Federal Department of the Environment, Transport, Energy and Communication (DETEC) answered our last question and after three years of waiting, here is the insane conclusion of its letter:

“After extensive research, the working group found that, as the legislation currently stands, there is no market surveillance authority in Switzerland that is competent for the health aspects of NIR products (e.g. verification of compliance with NIR limit values*).

In 2022, still no official monitoring body responsible for checking the conformity of devices

While our NGO has been contacting the Swiss authorities since 2019, in order to find out who our official contact is, different government departments are skilfully passing the quid. Thus, while mobile phones have been on sale for more than thirty years on Swiss territory, the authorities persist in their failures, despite the alerts raised in 2018 and then in 2019 by several members of Parliament (interpellations 19.3180 and 19.4496) or some press articles evoking the “Phonegate affair”, such as in the newspaper “Beobachter“.

Despite this, no officeis therefore officialy in charge, in 2022, of verifying that the mobile phones put on sale on the Swiss market comply with the standards set by the regulations.

This unacceptable lack of monitoring and health protection of millions of citizens, who use mobile phones, cannot continue. At the beginning of 2023, it is high time that the Swiss government finally takes its responsibilities and officially assigns to one of its agencies the responsibility of monitoring and enforcing the Specific Absorption Rate (SAR) standards by mobile and connected object manufacturers.

As a reminder, our NGO “Alerte Phonegate” has been working since 2016 to raise awareness about this health and industrial scandal, and has notably enabled the publication of SAR tests carried out by the National Frequency Agency (ANFR) on phones sold in France.

As a result of these tests, thirty-eight mobile phone models were pinpointed by the ANFR, forcing manufacturers to withdraw them from the French market or to carry out a software update to bring the SAR into compliance, even if this is not enough to protect the health of cell phone users.

It is essential that the same work be carried out in Switzerland, in order to force manufacturers to comply with the regulatory standards. However, as the DETEC Secretariat General pointed out in its reply to us:

This lack of interest from the government allows manufacturers to continue to sell non-compliant devices in Switzerland, thus exposing citizens to possible health consequences. It is urgent to react!
Protection of industrial business interests at the expense of the health of Swiss citizens

Olivier Bodenmann, an EPFL engineer in electrical engineering, specialist in electrosmog, deplores this situation, which is dragging on:

“For more than three years now, the Swiss authorities have been asked to find out who is the competent contact person regarding the health aspects related to mobile phone radiations. We have been bounced around from department to department without ever getting a clear answer, while manufacturers continue to put non-compliant phones on the market. This aberrant situation cannot go on any longer."

Dr Marc Arazi, president of the Alerte Phonegate association, which has made numerous revelations on the subject, underlines a fundamental problem:

“As usual, everything is done to protect the industry, at the expense of the health of millions of mobile phone users. We urge the Swiss authorities to react as quickly as possible, in order to designate a competent service in termrs of controls and protection of the health of users subjected to electromagnetic radiation from mobile phones. It is the duty of the Swiss government to ensure that everything is done to certify that phone manufacturers comply with the standards, which has not been the case for too many years.”