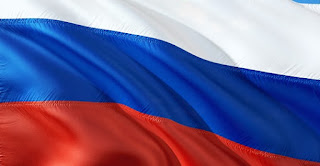 See PDF of Letter in Russian

These conditions with temporary restrictions on school attendance are designed for children and their parents, for grandparents and all who help children study at home using digital technology during the forced restrictions on learning at school and other educational institutions.

Dr. Joel Moscowitz, University of California Berkeley, has been circulating abstracts of newly-published scientific papers on wireless radiation and electromagnetic fields (EMF) about once a month since August 2016. Several hundred EMF scientists around the world receive these updates. The complete collection including the papers below contains more than 850 abstracts.

To see abstracts for the most recent papers or to download the entire 623-page document (pdf) go to: http://bit.ly/saferemr200317

Electrohypersensitivity as a Newly Identified and Characterized Neurologic Pathological Disorder: How to Diagnose, Treat, and Prevent It

A new study published in the journal JAMA Network Open that children of mothers who were exposed to high levels of magnetic field non-ionizing radiation during pregnancy had more than twice the risk of ADHD, compared with children whose mothers were exposed to lower levels during pregnancy. The association was stronger for children with other immune problems such as asthma and atopic dermatitis. The researchers emphasize that stronger association between exposure and ADHD with current immune-related comorbidities strengthens the observed association.
Read more »
Publié par MerisRM à l'adresse 11:33 AM No comments:

Top Adviser in the Netherlands Warns against Uncritical 5G Roll-Out 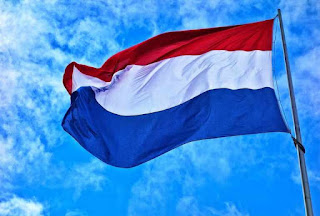 The Dutch professor believes that all the benefits of 5G must be carefully weighed against the risks to public health that this society runs.

This is what the Dutch daily newspaper
De Telegraaf writes.

Hans Kromhout does not believe that the precaution of mobile radiation meets the standards used to protect the population from other risks such as chemicals, pesticides and medicines, where the requirements of Hans Kromhout are strict.
Read more »
Publié par MerisRM à l'adresse 11:26 AM No comments:

(In Geneva, Swisscom is tracking smartphone users to see whether the limit of gatherings of no more than 5 people is being respected.)

Coronavirus has infected more than just individuals and their bodies. It’s also infected society, which is adapting drastically in order to reduce the number of lives the COVID-19 pandemic claims. Not only are governments adopting new economic and public health measures to fight the coronavirus and its impact, but they're harnessing big data in ways that, while potentially saving lives, will also reduce our privacy and civil liberties.

From a technological perspective, the coronavirus pandemic is one massive testbed for surveillance capitalism. More specifically, it's a testbed for new, much more large-scale forms of surveillance. Already, governments in Italy, Germany, Austria, China, South Korea and Taiwan have begun analysing smartphone data so as to determine to what extent populations are really locking themselves down at home. Meanwhile, governments in the UK and the US are very close to rolling out similar surveillance measures, all in the effort to ensure that policies of mass behaviour modification are successful.

Corona Virus and 5G – Is There a Connection?

Several people have asked me the question that is circulating among EMF experts, “Is there a connection between the outbreak of the CoVid-19 and deployment of 5G networks around the world?”

I have been following the conversations regarding this and my opinion is as follows:

The best scientific evidence we have is that exposure to electrosmog (non-ionizing radiation from power frequencies to microwaves) impairs the immune system. This is well documented in the scientific literature. If your immune system is compromised because of electrosmog or because of certain medications you are taking or because you are elderly or very young you are likely to have a more severe and/or prolonged response to CoVId-19. Dr. Joel Moskowitz has a blog on his website, Research on the Effects of Wireless Radiation Exposure on the Immune System, that I recommend you read. Here is the abstract from one publication by Dr. Stanislaw Szmigielski.

Abstract
Radiofrequency (RF) and microwave (MW) radiation have been used in the modern world for many years. The rapidly increasing use of cellular phones in recent years has seen increased interest in relation to the possible health effects of exposure to RF/MW radiation. In 2011 a group of international experts organized by the IARC (International Agency for Research on Cancer in Lyon) concluded that RF/MW radiations should be listed as a possible carcinogen (group 2B) for humans. The incomplete knowledge of RF/MW-related cancer risks has initiated searches for biological indicators sensitive enough to measure the “weak biological influence” of RF/MWs. One of the main candidates is the immune system, which is able to react in a measurable way to discrete environmental stimuli. 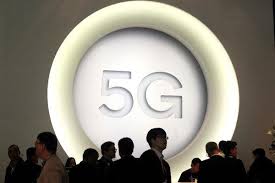 Maryland has recently been at the center of the 5G technology debate. Although the state’s legislature is unlikely to fast track 5G, officials from Baltimore to Montgomery County are debating where to place hundreds of new “small cells” which are basically shorter cell towers creating the backbone for the new 5G network. Many 5G antenna sites will be just feet away from residents' homes.

European media and published research have reported mounting evidence of environmental and public health hazards of wireless radiation from 5G and the Internet of things. Yet, the U.S. is moving full steam ahead to allow the deployment of over 800,000 antenna installations. Amidst federal inaction on this ever-growing exposure, Sen. Richard Blumenthal, Reps. Anna G. Eshoo, Thomas Suozzi, Daniel Lipinsky, Andy Kim and Peter A. DeFazio have all requested safety documentation.

The International Commission on Non-Ionizing Radiation Protection (ICNIRP) issued a media release yesterday, March 11th, to announce the publication of its new human exposure guidelines for non-ionizing radiation (100 KHz to 300 GHz) in the journal Health Physics. The guidelines address radio, WiFi, and Bluetooth in addition to 3G, 4G, and 5G cell phones and cell towers.

According to ICNIRP Chairman, Eric van Rongen, "We know parts of the community are concerned about the safety of 5G and we hope the updated guidelines will help put people at ease."

Dr. Joel Moskowitz, Director of the Center for Family and Community Health at the School of Public Health at the University of California, Berkeley, believes the newly released guidelines will not put people "at ease," but will actually "increase public concerns about wireless technology." The guidelines were designed to protect the public only from short-term heating (or thermal) effects, not long-term, biological effects which have been well-documented in the scientific literature for decades. Moskowitz writes, "...ICNIRP continues to dismiss the many hundreds of peer-reviewed studies that have found biologic and health effects from exposure to low-intensity, radio frequency radiation including many human as well as animal studies. The preponderance of the research has found evidence of increased cancer incidence, oxidative stress, DNA damage, and infertility from exposure to wireless radiation."

Electrohypersensitivity as a Newly Identified and Characterized Neurologic Pathological Disorder: How to Diagnose, Treat, and Prevent It

Electrohypersensitivity as a Newly Identified and Characterized Neurologic Pathological Disorder: How to Diagnose, Treat, and Prevent It
by Dominique Belpomme 1,2,3,* and Philippe Irigaray 1,2


Since 2009, we built up a database which presently includes more than 2000 electrohypersensitivity (EHS) and/or multiple chemical sensitivity (MCS) self-reported cases. This database shows that EHS is associated in 30% of the cases with MCS, and that MCS precedes the occurrence of EHS in 37% of these EHS/MCS-associated cases. EHS and MCS can be characterized clinically by a similar symptomatic picture, and biologically by low-grade inflammation and an autoimmune response involving autoantibodies against O-myelin. Moreover, 80% of the patients with EHS present with one, two, or three detectable oxidative stress biomarkers in their peripheral blood, meaning that overall these patients present with a true objective somatic disorder. Moreover, by using ultrasonic cerebral tomosphygmography and transcranial Doppler ultrasonography, we showed that cases have a defect in the middle cerebral artery hemodynamics, and we localized a tissue pulsometric index deficiency in the capsulo-thalamic area of the temporal lobes, suggesting the involvement of the limbic system and the thalamus. Altogether, these data strongly suggest that EHS is a neurologic pathological disorder which can be diagnosed, treated, and prevented. Because EHS is becoming a new insidious worldwide plague involving millions of people, we ask the World Health Organization (WHO) to include EHS as a neurologic disorder in the international classification of diseases.

Colorado: Nancy Versus the Cell Tower - Testimony of Microwave Sickness

Nancy Van Dover says she is a prisoner in her own home. Since January, it has become too physically painful to be around electromagnetic fields, like those emitted by high voltage power lines, cellphones and cell towers, she said. 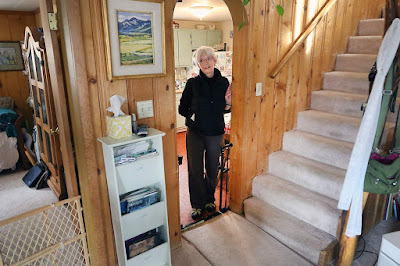 (Photo): Nancy Van Dover stands about as far as she can go in her home on East Animas Road (County Road 250). She said she cannot use the west side of her home because of electromagnetic fields emitted by high voltage power lines, cellphones and cell towers. Jerry McBride/Durango Herald

“Now, I cannot step outside my door. I can’t even go out of my house,” Van Dover said. “I’m in prison, and I’m getting sicker.”

Van Dover and others in Durango are leading an effort to move the city to safer technology, but they face big industry, slow government and an unaware, at times disbelieving, public.

There has been an “unprecedented” increase in the number and diversity of electromagnetic field (EMF) sources, according to the World Health Organization. People around the world say they experience electromagnetic sensitivity (EMS), often attributing physical symptoms to their proximity to technology. State, federal and international agencies have recognized EMS symptoms, but like the scientific research, are slow to definitively connect them to technology.
Read more »
Publié par MerisRM à l'adresse 1:07 PM No comments: