Interview with Barry Trower, Microwave Expert: Part 5 - "Every single living thing on this planet is affected by microwaves" 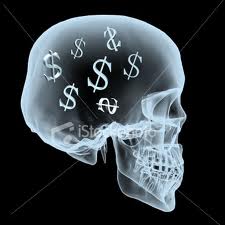 Julius says when people become so influenced and lose their vital energy, they become automatically afraid and cannot take action.  They are all indebted –“ two incomes because the houses have gotten bigger and people have become more materialistic.  In these times of recession, these people have the power because the others are afraid of being sacked.”  Julius has written many many letters and asks how the persons they are addressed to could ignore them when they mention it’s about children and future generations. Because they need their money?

Every single living thing on this planet is affected by microwaves.

Trower reminds him that every living thing is concerned:  birth defects and genetic defects:  life in the oceans, plants, trees, animals.  Even slime mold in the soil because the DNA is all the same.  “Every single living thing on this planet is affected by microwaves.  What confuses me is that these people have to live here.  Do they actually know what they’re doing?  What’s the point of ruining a planet when you’ve got to live on it?”

Julius replies, “They are not connected to God… They have a sick mind-set.  We’re living in a psychopathic control grip society and most of the people are tough.  They are psychopaths and cold-blooded.  They will kill you and me because they have no empathy.”

Trower agrees.  In the experiment mentioned earlier, most of the 20,000 servicemen who received injections against “flu”, died.  “With TETRA, we’re probably looking at 100,000 people maybe dying of brain tumors.  If we’ve got 7,000 in this country and there are 150 countries, after ten years, a colossal amount of people are going to die.  Once we start ruining our trees and the bacteria that we need for our food webs and food chains…  They probably can’t see that far ahead unless they’ve got some other plan.  Do the decision-makers think that the bus stop outside the building will take them to somewhere safe?  There isn’t anywhere safe.”

Julius comments that these people are very short-term.  “They lack something - ethics, morality.  They are not really human because if they were, they would not be doing destructive things.”

Trower is hopeful about the court cases he is involved in – one trying to protect children, one trying to stop TETRA.  “If these can be won, maybe we can get somewhere.”

Julius says people over 60 years old understand because they are still connected to real human values.  When he talks to people his age (around 40), they say, ‘Give me an iPhone.’

To Trower, people in power who are really immature - “silly boys” he calls them - a lot of his government –are “coming out of university with electronic degrees and inventing boxes that will transmit microwaves for children.

“They do this and do that and put all of the pulse frequencies into the waves because microwaves now don’t serve.  They have to add pulses for the color, the speech, the movement and not one of them has contacted me or somebody like me to ask, will putting a certain pulse frequency in the microwave affect anything or will it do anything?  Should I change it to this?’  They don’t have the forethought to say, there are people alive that were in the Cold War and knew what was going on and then speak to these people:  ‘Let’s just check to see if what we’re doing is safe.’