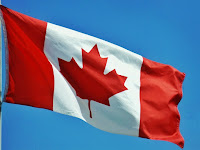 A newly published report in the American Journal of Epidemiology just released this week, confirms that Canadians who have used cellphones for 558 hours or more have more than a doubled risk of brain cancer. These important findings strengthen the association between glioma, an aggressive brain cancer, and cell phone use.

The original 13-nation Interphone study for the International Agency for the Research on Cancer of the World Health Organization reported reported a 40% increase in brain cancer for those using phones for 1640 lifetime hours. This new study found that Canadians had more than a doubled glioma risk when they were analyzed apart from the 12 other countries.
“Governments have allowed this technology to pervade our lives saying it did not have proof it could harm us. We now have evidence from the latest Canadian Interphone study data that found a statistically significant doubling of risk for glioma among cell phone users with only 558 lifetime hours of use.

How long will it take a teenager to amass 558 hours of cell phone use?

At the same time, 5G is rolling out. Not only will 5G utilize cell phone frequencies but it will also incorporate new millimeter waves which are already used at a greater power as military weapons. How can this 5 G rollout continue in light of the scientific evidence we have before us?
- Dr. Devra Davis, President and founder of Environmental Health Trust

We undertook a re-analysis of the Canadian data from the thirteen-country INTERPHONE case-control study (2001-2004), which evaluated the association between mobile phone use and risk of brain, acoustic neuroma, and parotid gland tumors. The main publication of the multinational INTERPHONE study concluded that “biases and errors prevent a causal interpretation”. We applied a probabilistic multiple-bias model to address possible biases simultaneously, using validation data from billing records and non-participant questionnaires as information on recall error and selective participation. Our modelling sought to adjust for these sources of uncertainty and to facilitate interpretation. For glioma, the odds ratio comparing highest quartile of use (over 558 lifetime hours) to non-regular users was 2.0 (95% confidence interval: 1.2, 3.4). The odds ratio was 2.2 (95% confidence interval: 1.3, 4.1) when adjusted for selection and recall biases. There was little evidence of an increase in the risk of meningioma, acoustic neuroma, or parotid gland tumors in relation to mobile phone use. Adjustments for selection and recall biases did not materially affect interpretation in our Canadian results.

GROWING EVIDENCE FOR THE LINK BETWEEN MOBILE PHONES AND CANCER, Barcelona Institute for Global Health

ADDITIONAL SCIENTIFIC EVIDENCE
[Take a look at the long list of studies.]