Governments to Deploy 5G Technology, Ignoring the Impact on Human and Environmental Health 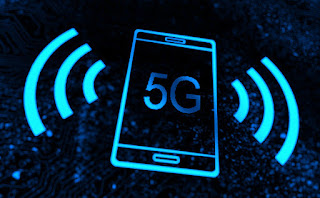 The Tribune de Genève published our opinion on 5G on 7 May 2018.

In an Order adopted on 4 May 2018, the Federal Communications Commission  (FCC) rules to streamline the wireless infrastructure siting review process to facilitate the deployment of next-generation wireless facilities. As part of its efforts, the agency consulted with a wide range of communities to determine the appropriate steps needed to enable the rapid and efficient deployment of next-generation wireless networks—or 5G—throughout the United States.  The FCC exempts small, unobtrusive cell towers used for 5G wireless networks from permitting under the National Environmental Policy Act for small wireless infrastructure projects and the National Historic Preservation Act.  (Ref: Greenwire, 3 May 2018 - article not available to non-subscribers.)

Meanwhile, in Switzerland, the government is attempting to "trick" the population into accepting 5G by using different measurement techniques for mobile phone antennas, making it seem as if the limit values fixed by the Ordinance on Protection Non-Ionizing Radiation (ORNI) will not be exceeded.  The Tribune de Genève published our opinion on 5G on 7 May 2018.

The population has a right to know, so we would ask that this be shared as widely as possible.

"The recent vote of the Council of States refusing the increase in limit values for mobile telephony antennas in order to allow the deployment of 5G technology will not "put Switzerland back to a third world digital technology."  Why have three groups of doctors, including the Federation of Swiss Doctors (FMH) opposed this increase?  One of the recent studies on 5G shows that millimeter waves characterizing 5G would increase the temperature of the skin, alter the expression of genes, favor inflammation and cause eye damage.  Other studies mention the negative impact of electromagnetic waves on insects and bees, one of the factors which could explain their disappearance.

"In order to measure the level of non-ionizing radiation, the Transport and Communications Commission of the National Council wants to ask the government to take into account the average value for transmission power over 24 hours instead of fixed maximum values as before. This would artificially increase the limit values, allowing rollout of 5G, and thus "trick" an unsuspecting population into being forced to accept a technology that would be harmful to human and environmental health.

"It is time that the authorities take into account the impact of new technologies on health.  The wealth of a nation depends on the health of its citizens."