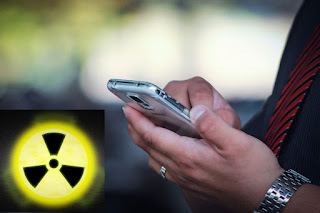 If you are one of the two billion people worldwide [2016] who use the latest in cell phone technology—by the way, I’m not one!—you need to take seriously what’s going on to prevent you, the consumer, from knowing the real dangers from cell phones and “your right to information on the acute and chronic overexposure suffered from having been exposed to the radiation of our mobile phones for more than 20 years, the consequences to our health, in particular that of children, and our ability to continue our work of investigation and counter-information without risking lawsuits, and perhaps worse, huge fines,” as stated on the website Support PhoneGate Alert by signing our petition and making a donation.

The importance of that petition and PhoneGate is this: Cell phone manufacturers have not been factually truthful, if you know what I mean, regarding the toxicity output of their cell phones, generation after cell-phone generation for twenty years now!

Basically, Big Cell Phone—similar to Big Pharma, Big Oil, Big Ag and all the other ‘biggies’—wants, and is getting, legal protection from independent researchers being able to investigate and report the dangers of cell phones, their toxic outputs, plus documented health problems, to the public and consumers!

Where’s transparency and truth in advertising?

They have become passé because, in my opinion, every industry wants what the vaccine industry ‘connived’ from the U.S. Congress: A law that exempted vaccine makers from defective/harmful product liability lawsuits, “The National ChildhoodVaccine Injury Act (NCVIA) of 1986 (42 U.S.C. §§ 300aa-1 to 300aa-34) was signed intolaw by President Ronald Reagan as part of a larger health bill on Nov 14, 1986, in the United States, to reduce the potential financial liability of vaccine makers due to vaccineinjury claims.” (Source) Harm innocent children and adults and not be liable? Where was Congress’s collective mind: where the sun doesn’t shine and where ‘money talks’?

I call that Congressional gift a “get out of jail free” card/law/gift! No industry whatsoever should have such legal protections, as such legislation provides the very incentive to not produce safe and health-danger-free consumer products (hundreds of vaccines have come into the healthcare market place since 1986!), no matter what type of product it may be!

Business and industry must be and act as responsible corporate entities that take precautionary principle care NOT to pollute nor poison the environment, wildlife, the food chain, water, air and humans!

Microwaves produced by cell phones, cell towers, Wi-Fi and all appliances that collect and transmit voice, data, photos, games, etc. are POLLUTERS of the highest ‘invisible’ order, which consumers have not come to recognize—yet—unless you are one of the most unfortunate people (estimated about 25% globally in 2018) who are electromagnetically hypersensitive (EHS) [1] and your life has become a “living hell” from over-exposure to non-thermal radiation waves at every level of society: Wi-Fi everywhere you go; everyone talking on cell phones while walking into buildings or not paying attention to what they are doing; AMI Smart Meters for electric, natural gas and water utility services; HAN and LAN networks; home security systems; baby monitors; and all the other high tech gadgets everyone inadvertently has become addicted to using.

Studies indicate that cell phone and high tech addictive activities have similar receptors in that part of the human brain which involve other addictions, e.g., tobacco, narcotics and even hyper sex!

To sum up what PhoneGate is about, here’s what was published at Opinion “The Phonegate scandal prey to business secrecy” published by Mediapart [2]:

« Today, June 12, 2018, the confidentiality clause was established at European level, included in Directive 2014/53/EU for all mobile devices at risk to human health (mobile phones, tablets, laptops and connected toys for children…). This has taken place at the same time as the European directive on business secrecy is in the process of being adopted by the French National Assembly and the Senate despite exceptional citizen mobilization.

To mark this black day, Dr. Marc Arazi, President of Phonegate Alert, and Mr. Jérôme Karsenti, lawyer at the Paris Bar, cosigned this opinion piece, published on the guest blog of Mediapart on 11 June 2018.

Read the article and please relay widely to those around you. »

Marc Arazi and Jérôme Karsenti denounce the entry into force of the confidentiality clause of the European directive which allows « the manufacturers of mobile devices to benefit from total confidentiality for products they will place on the European market that may be a risk to human health ». [2]

Doesn’t similar confidentiality, especially for 5G Wi-Fi, already apply in the USA with the FCC’s blessing?

Catherine J Frompovich (website) is a retired natural nutritionist who earned advanced degrees in Nutrition and Holistic Health Sciences, Certification in Orthomolecular Theory and Practice plus Paralegal Studies. Her work has been published in national and airline magazines since the early 1980s. Catherine authored numerous books on health issues along with co-authoring papers and monographs with physicians, nurses, and holistic healthcare professionals. She has been a consumer healthcare researcher 35 years and counting.

Her 2012 book A Cancer Answer, Holistic BREAST Cancer Management, A Guide to Effective & Non-Toxic Treatments, is available on Amazon.com and as a Kindle eBook.

Two of Catherine’s more recent books on Amazon.com are Our Chemical Lives And The Hijacking Of Our DNA, A Probe Into What’s Probably Making Us Sick (2009) and Lord, How Can I Make It Through Grieving My Loss, An Inspirational Guide Through the Grieving Process (2008)