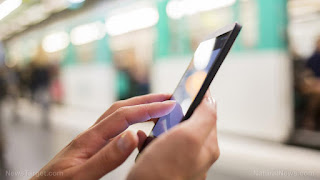 Isn’t it amazing to think that just 30 years ago we all got along just fine without the Internet or smart phones? Granted, advances in technology have provided some amazing benefits, including the widespread availability of knowledge. However, it is important to recognize that these advances have come at a price. And the speed at which technology changes and “improves” means that the price it demands is getting higher all the time.

Multiple studies have already linked cell phone radiation from second and third generation (2G and 3G) wireless technology to cancer and many other health problems. But the radiation emitted by these devices is like nothing compared to what we will all have to deal with when 5G technology is rolled out countrywide.

The Federal Communications Commission (FCC) has approved a national 5G wireless technology system which it calls its “Facilitate America’s Superiority in 5G Technology” (FAST) plan. The FCC promises that FAST will lead to “innovations not yet imagined.”

What they don’t mention, of course, is that it will likely also lead to “health disasters not yet imagined.”

It can be pretty difficult to keep up with all the changes in technology and doing so might not seem worth the hassle. Nonetheless, it is important to stay abreast of these changes as they can have a direct effect on our health and well-being. So, what exactly is 5G?

Fifth-generation wireless, or 5G, is the latest iteration of cellular technology, engineered to greatly increase the speed and responsiveness of wireless networks.

Wireless networks are composed of cell sites divided into sectors that send data through radio waves. … Unlike 4G, which requires large, high-power cell towers to radiate signals over longer distances, 5G wireless signals will be transmitted via large numbers of small cell stations located in places like light poles or building roofs. The use of multiple small cells is necessary because the millimeter wave spectrum — the band of spectrum between 30 GHz and 300 GHz that 5G relies on to generate high speeds — can only travel over short distances and is subject to interference from weather and physical obstacles, like buildings.

It is this necessity for many, many small cell stations located all over the place that makes 5G so dangerous. It means that far higher levels of radiation will be everywhere. Scientists around the world are alarmed by what all this radiation will mean for human beings. Physicist Ronald M. Powell, Ph.D., has warned that it will “irradiate everyone,” and geneticist Dr. Mae-Wan Ho says that the presence of so much radiation can be likened to being immersed in “a sea of microwaves.” (Related: 5G tech fast-tracked to get pushed into our homes by next year.)

How to protect yourself against the effects of 5G

Unfortunately, no matter how many scientists or activists try to raise the alarm, nothing is likely to prevent the national rollout of 5G, which has already made its debut in Sacramento, California.

This begs the question: With all that radiation in the environment, how can we minimize its effects on our own health and that of our loved ones?

Switch from wireless to a cable: Wireless devices like your mouse, scanner and printer should be replaced with USB wired versions to prevent the amount of wireless radiation emitted in the environment.

Change to a JRS Eco-WiFi router: This router was developed by an engineer who was concerned about the amount of radiation children are exposed to in schools. It emits 90 percent less WiFi radiation when on standby, while offering the same level of functionality as “normal” routers.

Try to get neighbors to buy in: Visit your neighbors for a friendly chat about the effects of WiFi radiation and try to get them to take the steps outlined above to lower neighborhood radiation levels.

Switch ALL devices off at night: At night when the family is sleeping and the body is attempting to repair its DNA, it becomes especially important to switch off all the WiFi devices in the home.

Of course, taking these steps can only provide minimal reduction in radiation exposure. Ultimately, if nothing is done, we will be immersed in a sea of radiation from which there is no escape. Learn more at Radiation.news.