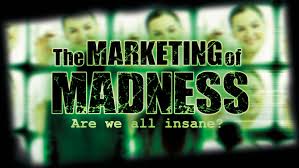 On 18 April 2012, the Citizens’ Commission for Human Rights (CCHR) organized a lecture in Geneva, Switzerland, on the marketing of psychiatric diagnoses and medications and their adverse effects on health.  Dr. Nicolas Franceschetti, President of CCHR, Geneva, introduced the evening by referring to recent developments such as the British Medical Journal article published on 27 February 2012 warning about the deadly adverse effects of regular ingestion of hypnotics (sleeping pills) which include shortening of lifespan and cancer.

A nurse who works at a “home” for aged persons (EMS) in Switzerland gave testimony of the over-prescription of medications to the elderly in these establishments.

Extracts of the documentary, “The Marketing of Madness” were shown. (YouTube access to the 177-minute film is available at the end of the article).  The film discusses “how psychiatric medications with deadly side effects and no known rate of cure came to dominate the field of mental health”, for example through the drawing up of the Diagnostic and Statistical Manual of Mental Disorders (DSM-IV).  This manual creates “disease out of everyday suffering and as a result, pads the bottom lines” of pharmaceutical companies (ref: “Inside the Battle to Define Mental Illness”, by Gary Greenberg, 27 December 2010, Wired Magazine).  Another example is the prescription of atypical antipsychotics to some 2.5 million children in the United States.  This new type of psychiatric medication, which includes Risperdal and Zyprexa, can cause weight gain, cardio-vascular dysfunction and Parkinson’s disease-like symptoms.  These drugs sometimes require the prescription of other psychotropic medications to lessen side-effects, a practice called “poly-pharmacy”.


The film cited the Soteria Project, an alternative way to treat psychoses.  The project was launched by Dr. Loren R. Mosher as a “better way to treat schizophrenia and other psychoses that destroy the lives of young people” through allowing them to reside at a non-drug, non-hospital, home-like treatment facility.  Project research demonstrated that the “prevalent excessive destructive psychiatric drugging of young people is a huge and tragic mistake.”  Dr. Mosher was also first Chief of the Center for Studies of Schizophrenia at the National Institute of Mental Health from 1969-1980.  In 1998, he resigned from the American Psychiatric Association which in his opinion had become the “American Psychopharmacological Association”.  He died in 2004.  (Refer to the Soteria Website.)

Mention was made of the recent lawsuits brought against pharmaceutical companies for harm to health from the adverse effects of psychotropic medications.  The amounts which these companies have had to pay (several billion dollars per fine) represent “pocket change” compared to their total resources of over $600 billion.  These meaningless fines do not deter companies from continuing to produce medications whose side-effects cause disability and death.

The guest speaker, Georges Alexandre Imbert, President of the “Association d’Aide Aux Victimes des Accidents des Médicaments” and author of “Crimes sous tranquillisants” (“Crimes under Tranquillizers”) has spent the last 20 years defending victims of medication accidents, including Mediator.  In 1992, his 24-year-old son, Laurent, committed suicide following the injection by a doctor of a light dose of the benzodiazepine,Valium. Before killing himself, Laurent suffered a crisis of dementia which caused him to abuse and then attempt to kill his fiancée who was with him at the time.  Imbert demanded an autopsy which revealed traces of only one drug, Valium.  He then learned that benzodiazepines are suspected of causing “criminal” behavior (“substances criminogènes” – ref. “Les benzos de la mort” – Website:  Drogue – Danger – Débat).

The ingestion of psychotropic medication can lead to homicide and suicide.  Imbert mentioned the case of Isabelle Servier, daughter of Dr. Jacques Servier, founder and President of the pharmaceutical laboratory of the same name which produced Mediator.  In 1999, Isabelle killed her husband with an ax and was released after four years in prison as the court decided she had acted while under the influence of benzodiazepines.  (Ref. Mediator scandal:  New York Times article, 11 December 2011.  Mediator, a diabetes drug, was being used off-label for treating weight gain, and may have caused the deaths of between 500 and 2,000 persons and disability to many thousands in France.  Jacques Servier has been “accused of relentlessly marketing the drug ‘at odds with its medical properties’ and of applying undue lobbying pressure on regulators and on the medical community to ensure its successful commercialization.”)

“We are shocked by the news of multiple homicides committed by persons taking psychotropic medications, but then forget about this”, commented Imbert.  He also mentioned road accidents, including those of truck drivers who use these drugs to alleviate stress and end up committing suicide or causing accidents; lack of toxicological analyses of the perpetrators of these crimes and accidents.  He called for the need of a team of several hundred scientific experts to defend victims of medication at trials.

Members of the audience delivered poignant testimonies.  One person mentioned the “great dysfunction” of the mental health system in Switzerland, abuses such as being confined to a psychiatric hospital against one’s will and the “closed rooms” (“chambres fermées”) of these establishments which are a violation of human rights.  This person appealed to the Geneva authorities to investigate this practice with a view to humanizing the laws.  I myself have witnessed these practices, having known someone who was hospitalized against her will at Belle-Idée, Geneva’s psychiatric hospital; the aggressive, strong-armed treatment of mentally ill persons, calling in security to calm a distraught patient where a show of humanity and compassion would have been more effective in dealing with the situation.

A young woman from Québec commented that ups and downs in mood are a normal part of being human, that we must take ourselves in hand regarding our health and not depend on experts or doctors who think they are Gods, knowing what is best for us.  “We must denounce these practices.  Society must wake up,” she said.

We must especially wake up to the “misguided”, often harmful practices of pharmaceutical companies, certain medical associations, and doctors.  We must praise the victory and courage of persons who, following a diagnosis of mental illness, opt for a medication-free existence, and support the awareness-raising of associations like Imbert’s and CCHR.