Reflections on the Use of Wireless Technology 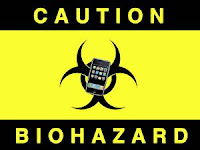 Reflections on the Use of Wireless Technology
by Meris Michaels, 7 April 2013, re-posted 31 May 2015

With cell phones and wireless technology, we are probably where our relationship with tobacco was 50 years ago.

Look at this brief history of the tobacco industry:

- 1964 - Surgeon General’s report on smoking and health links smoking and lung cancer and other diseases.  (Note that this is the first official announcement of a link between smoking and lung cancer in the United States.  In 1956, the British Medical Journal published the results of a British doctors study started in 1951 that gave irrefutable evidence that tobacco smoking increased the risk of lung cancer.)
- 1965 – first warning labels placed on cigarette packs
- 1971 – tobacco ads banned on TV
- 1986 – Surgeon General reports on dangers of secondhand smoke – ban of smoking in public places begins
- 1998 – an agreement forces the tobacco industry to acknowledge the harm it has done
- 2009 – through the Family Prevention and Tobacco Control Act, the U.S. Food and Drug Administration (FDA) has authority to regulate manufacturing and sale of tobacco products.

But the tobacco industry does not give up. In 2008, it spent $10 billion on marketing cigarettes in the United States, targeting especially African Americans and low-income groups.

So, where are we with wireless technology? The U.S. health authorities have not yet recognized the link between cancer and other diseases and electromagnetic radiation EMR) emitted by wireless technology. Once again, we are not learning the lessons from the tobacco scourge in terms of high health costs and human suffering.

We need an aggressive public health effort to warn of health risks from wireless technology and suggest cautionary measures to take in using this technology. This could be achieved through:

- using the social media,
- “viral” videos,
- graphic images such as showing the incisions of young persons following brain tumor operations,
- advocating for safer use through labeling and laws,
- limiting or banning sales and advertising of this technology to young children,
- opting for wired access to the Internet in schools,
- using high profile persons to pass the message,
- devoting more media attention to testimonies of electrohypersensitive (EHS) persons,
- using youth as role models,
- going into schools to educate students about safer wireless use.

Examples to follow are the Head of Belgacom, Belgium’s largest telecoms operator, going into schools to warn children of the risks of excessive cell phone use, the former Microsoft Director of Canada, Frank Clegg, setting up an advocacy group for safer use of wireless, Sheryl Crow saying publicly her brain tumor probably came from cell phone use, Innocente Marcolini’s testimony before the European Parliament. (Marcolini had used his cell phone for 5 to 6 hours a day over at least 12 years in his work and was granted compensation by the Italian Supreme Court, which linked this extensive use to the benign brain tumor which partially paralyzed him.)

We need team science not only at national but at international level. One example is the European Cancer Environment Research Institute ECERI) established in Brussels by Professor Dominique Belpomme (expert in the physiological effects of EMR), which unites European research teams and even links to international teams. (In the case of EMR: Dr. Lennart Hardell and Prof. Olle Johansson.)

Doctors and medical associations have a particular responsibility to learn how to diagnose and treat health problems relating to EMR exposure and suggest to patients ways of protecting themselves.

“We owe our children more protection”. “We must act now”. We can’t wait for establishment of a cause and effect relationship” There is plenty of proof already published in scientific journals. We must not wait until people sicken and die.

We as individuals must act to protect ourselves and especially, our children, by reducing EMR exposure at home and advocate for reduction in schools and the workplace.

Industry is already aware of the health risks. We need industry to admit this more openly. Warnings of health risks and safer use exist in manuals but must be visibly printed on packages selling wireless devices.

The obstacles are huge – cell phones and wireless technologies and applications are becoming more and more useful in businesses and favored by consumers.

Like cigarettes, cell phone and Internet use and videogames can be highly addictive. There are now “Addictology” Departments in hospitals. “Internet addiction” is an affliction included in the World Health Organization’s International Classification of Diseases, specifically, in the new Diagnostic and Statistical Manual (DSM-5) listing mental and behavioral disorders. My own family doctor has commented that she’s seeing more and more persons addicted to this technology and to video games, even to the extent of ruining marriages. But she hasn’t a clue about other physiological health risks related to excessive Internet use, mostly accessed these days through wireless devices, and here is where it is advocates’ responsibility to educate health professionals and medical associations and even consumer groups. There is a problem, though, of patient’s resenting being warned of risks by their doctor, being told that their favorite “toys” may be lethal weapons.

“Shock campaigns” – disturbing images – may not be a solution. One advocacy group’s brochure was so disturbing (showing a man putting a cell phone to his head like a gun) that it ended up mostly in the waste can. People reading about risks were too shocked to absorb the information because, they said, they were never told this technology could carry health risks. This is of course not true – it is in the manuals. There is a reason for manufacturers telling consumers to keep cell phones a certain distance away from the head and body. But no one reads the fine print.

Just like tobacco, the industry is, in a sense, making wireless products more addictive by offering new and better features and devices, all kinds of applications which are part of a person’s daily life, and many medical applications. People are now purchasing public transport tickets and paying at supermarket counters with their cell phones. Operators are creating wireless environments, including in public transport, where one can access info 24/7 any time, any place.

There is the power of marketing, the pressure of social norms … To succeed in today's world, you must be proficient in the use of wireless gadgets from the time you are a small child ...

One of the worst aspects of all this is handing a baby a cell phone. We are creating an addiction to this technology and worse, seriously harming our children’s health.

The difficulty is that you can’t see, smell or feel EMR. It is invisible, yet, from one day to the next, you can become electrohypersensitive, as many persons with this sensitivity have testified, and then, suffer in every aspect of daily life. With frequent, daily use over many years, you could end up with a malignant brain tumor. The total time spent talking on a cell phone per day (without a headset) should be 20 minutes. How many of us have seen or heard a person talking for over half an hour during just one call?

Despite the courageous efforts of the many advocacy groups, it is going to be a very long and difficult fight to raise public awareness for safer use, and in the meantime, many people will needlessly suffer and die. This will add significantly to the already enormous costs of health care and lost productivity.

What do you choose to do?  You are also responsible for creating a major health catastrophe such as we are seeing today with tobacco.  Maybe even worse.

(Ref. “A World without Cancer”, by Dr. Margaret I. Cuomo – who in her book lists cell phone use as a major environmental factor causing cancer. She has had intimate experience with the disease, working as a radiologist in the out-patient mammography division of a leading teaching hospital. She is the sister of Andrew Cuomo, the Governor of New York State. Reading her book generated reflection for this essay.)