Health Effects of Chernobyl, 25 Years After the Reactor Catastrophe

"The genetic defects caused by Chernobyl will continue to trouble the world for a long time to come – most of the effects will not become apparent until the second or third generation.

"Even if the extent of the health effects is not yet clear, it can still be predicted that the suffering brought about by the nuclear disaster in Fukushima is, and will be, of a similar magnitude."


Following is the executive summary from this report, available here in full.
Health Effects of Chernobyl, 25 years after the reactor catastrophe

German Affiliate of International Physicians for the Prevention of Nuclear War (IPPNW) and Society for Radiation Protection, April 2011

This paper evaluates studies that contain plausible indications of health damage caused by the Chernobyl catastrophe. The authors of this paper attach importance to the selection of methodically accurate and comprehensible analyses. Due to the already mentioned methodical difficulties, it is not our aim to present the “right” statistics in contrast to the obviously wrong ones given by the IAEA, since these can never be found. They can only supply us with indications as to the diversity and extent of the health effects we should be dealing with when we talk about the health effects of Chernobyl.

Populations which were particularly exposed to radiation by the Chernobyl catastrophe

Cancer. Nevertheless, it should be noted that the latency period for many types of cancer is 25 - 30 years. At present we are only just seeing cases of thyroid cancers, breast cancers and brain tumours In the population. But liquidators have also developed cancer in numerous other organs: the prostate gland, stomach, cancer of the blood, thyroid cancer

1. The effects of low-level radiation (0 - 500 mSv) were systematically monitored and investigated. In particular, the genetic effects were unclear prior to Chernobyl. This research has been augmented by research on cells, as well as on the molecular structures inside the cells. Despite this, the ICRP continues to give a dose limit of 100 mSv for teratogenic damage. This claim has been invalidated by numerous studies.

2. Non-targeted effects, such as genomic instability and the bystander effect have been found, i.e. change in the genomes of cells not directly affected by radiation.

3. The lower the radiation level, the longer the latency period before the outbreak of cancer (established as early as 2000 by Pierce and Preston in the context of the RERF studies).

4. The genomic instability is passed on in the genes and increases exponentially with each generation. Numerous research findings showing chromosome aberrations in the children of liquidators and mothers who were not exposed to radiation are available in the research centres of all three affected republics (Moscow, Minsk, Kiev). First signs of the cumulation effect could be cases of thyroid cancer among the children of irradiated parents. However, this is not yet certain.

5. It was found that the incidence of non-cancerous disease had increased; mainly cardiovascular and stomach diseases, and cases of neurological-psychiatric illness were found to be a somatic effect of low-level radiation. The latter was observed mainly during research on liquidators and their children.

6. According to figures given by the Russian authorities, more than 90% of the liquidators have become invalids; i.e. at least 740,000 severely ill liquidators. They are aging prematurely, and a higher than average number have developed various forms of cancer, leukaemia, somatic and neurological psychiatric illnesses. A very large number have cataracts. Due to long latency periods, a significant increase in cancers is to be expected in the coming years.

8. Available studies estimated the number of fatalities amongst infants as a result of Chernobyl to be about 5000.

9. Genetic and teratogenic damage (malformations) have also risen significantly not only in the three directly affected countries but also in many European countries. In Bavaria alone, between 1000 and 3000 additional birth deformities have been found since Chernobyl. We fear that in Europe more than 10,000 severe abnormalities could have been radiation induced. The estimated figure of unreported cases is high, given that even the IAEA came to the conclusion that there were between 100,000 and 200,000 abortions in Western Europe because of the Chernobyl catastrophe.

10. According to UNSCEAR between 12,000 and 83,000 children were born with congenital deformations in the region of Chernobyl, and around 30,000 to 207,000 genetically damaged children worldwide. Only 10% of the overall expected damage can be seen in the first generation.

11. In the aftermath of Chernobyl not only was there an increase in the incidence of stillbirths and malformations in Europe, but there was also a shift in the ratio of male and female embryos. Significantly fewer girls were born after 1986.

A paper by Kristina Voigt, Hagen Scherb also showed that after 1986, in the aftermath of Chernobyl, around 800,000 fewer children were born in Europe than one might have expected. Scherb estimated that, as the paper did not cover all countries, the overall number of “missing” children after Chernobyl could be about one million. Similar effects were also observed following above-ground nuclear weapons tests.

12. In Belarus alone, over 12,000 people have developed thyroid cancer since the catastrophe (Pavel Bespalchuk, 2007). According to a WHO prognosis, in the Belarus region of Gomel alone, more than 50,000 children will develop thyroid cancer during their lives. If one adds together all age groups then about 100,000 cases of thyroid cancer have to be reckoned with in the Gomel region.

15. In Germany, scientists found a significant increase in trisomy 21 in newly-born children in the nine months following Chernobyl. This trend was especially marked in West Berlin and South Germany.

16. Orlov and Shaversky reported on a series of 188 brain tumours amongst children under three in Ukraine. Before Chernobyl (1981 to 1985) 9 cases were counted, not even two a year. In the period 1986-2002 the number rose to 179 children diagnosed with brain tumours – more than ten per year.

17. In the more contaminated areas of South Germany a significant cluster of a very rare type of tumour was found in children, so-called neuroblastoma.

18. A paper published by the Chernobyl Ministry in Ukraine registered a multiplication of the cases of disease of the endocrine system (25-fold from 1987 to 1992), the nervous system (6-fold), the circulatory system (44-fold), the digestive organs (60-fold), the cutaneous and subcutaneous tissue (50 times higher), the muscular-skeletal system and psychological dysfunctions (53-fold). The number of healthy people among evacuees sank from 1987 to 1996 from 59% to 18%. Among the population of the contaminated areas from 52% to 21% and – particularly dramatic – among the children who were not directly affected themselves by Chernobyl fallout but their parents were exposed to high levels of radiation, the numbers of healthy children sank from 81% to 30% in 1996.

19. It has been reported for several years that type I diabetes (insulin-dependent diabetes mellitus) has risen sharply amongst children and adolescents.

Up until today, there has unfortunately been no conclusive overview of the changes in the health condition of the whole of the affected population in the region of Chernobyl, not to mention the lack of an overview of the catastrophe for the people in the Northern hemisphere. The numbers referred to here may seem on the one hand to be terribly high, on the other hand rather low. But it has to be taken into account that nearly all of the collated studies dealt with relatively small sections of the population. Even supposedly slight changes in rates of sickness can signify serious health damage and a large extent of human suffering when they are extrapolated onto a larger population group.

Even though the lack of large-scale independent long-term studies does not permit a complete picture to be made of the current situation, a number of trends can be shown: a high mortality rate and an almost 100% morbidity rate can be observed among people, such as liquidators, who were exposed to high radiation levels. 25 years after the reactor catastrophe cancer and other diseases have emerged on a scale that, owing to the long latency period, might have appeared inconceivable immediately following the catastrophe.

The number of non-cancerous diseases is far more dramatic than had ever before been imagined. “New” symptoms, such as the premature aging of liquidators, raise questions that research is still unable to answer.

By 2050 thousands more cases of illnesses will be diagnosed that will have been caused by the Chernobyl nuclear catastrophe. The delay between cause and noticeable physical reaction is insidious. Chernobyl is far from over.

Particularly tragic is the fate of the thousands of children who were born dead or died in infancy, who were born with malformations and hereditary diseases, or who are forced to live with diseases they would not have developed under normal circumstances.

The genetic defects caused by Chernobyl will continue to trouble the world for a long time to come – most of the effects will not become apparent until the second or third generation.

Even if the extent of the health effects is not yet clear, it can still be predicted that the suffering brought about by the nuclear disaster in Fukushima is, and will be, of a similar magnitude. 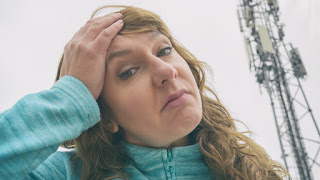