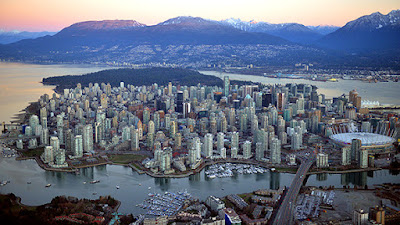 In 2003, when I worked for the World Health Organization (WHO) in Geneva, the Director General Dr Gro Harlem Brundtland resigned because cell phone radiation was making her ill. Along with countless other doctors, researchers and scientists, Brundtland has stated that “research shows deleterious effects” from the use of cell phones and other devices emitting radiation. “This is not an innocent technology,”1 she says. It’s an inconvenient truth that we ignore because we’re so far down the rabbit hole of wireless living.

Your campaign to bombard the city with harmful radiation (benignly referred to as Wi-Fi) clearly demonstrates that you are uninformed about the scientifically proven harmful effects of nonionizing/non-thermal Wi-Fi and other electromagnetic radiation (EMR). It also shows that, as an elected public servant, you have failed to do your own due diligence. In promoting free Wi-Fi as a positive enhancement to the community, you have led people to believe that there is no danger involved and that they can use their various electronic gadgets to their hearts’ content—with no regard for others (babies, children, transit passengers, neighbours etc) affected by them doing so.

Because of this, I’m being forced to leave Vancouver, where I have happily lived since 1992. I am one of a rapidly growing number of people with electromagnetic hypersensitivity (EHS), and I can no longer tolerate the radiation bombarding our beaches, community centres, libraries, cafés, schools, doctors’ offices and even hospitals. You might appreciate the irony of someone recovering from brain surgery at VGH for the removal of a life-threatening acoustic neuroma, while being bombarded by the very same radiation known to have caused the tumour in the first place. I’d prefer not to get another one.

Sitting on the beach, being in nature, riding my bike, going to see a movie, shopping downtown, meeting friends in cafés and browsing in the library were simple things that I used to enjoy but can no longer comfortably do. Far from making the city more user-friendly, you have turned it into a death trap for those who are sensitive to electromagnetic fields (EMFs). In my neighbourhood alone, I know of several other people suffering from EHS—one of them virtually housebound.

Nowhere safe to go, and no safe way to get there

Those with EHS are the unwelcome biological indicators of just how unhealthy and unsustainable our radiation-riddled lives have become.


There’s a reason that those with EHS go largely unheard, beyond the fact that most are too incapacitated or depleted to fight the status quo. We’re the ‘canaries in the coal mine’—the harbingers of what’s to come—and nobody wants to be bothered by facts that would burst their electronic bubble.
...

A taste of what’s to come: the real cost of electromagnetic radiation

Available data indicate that, if current trends continue, 50% of the population of many developed countries will, by 2017, be feeling the effects of electromagnetic radiation. Canada is no exception. In Metro Vancouver alone, almost 1.3 million people would be affected, and these are just some of the changes you can expect to see:

• the incidence of illness will rise dramatically
• healthcare costs will soar
• healthcare and government services will be unable to cope
• absenteeism will increase exponentially
• performance, expertise, focus and concentration will suffer
• more human error and accidents will occur in all areas of life
• shortages will occur in skilled/unskilled labour
• businesses will flounder/go under
• the incidence of autism in children will skyrocket
• more and more people will take drugs to try to control symptoms
• young people will have increasing hormonal problems/infertility
• adults will age rapidly and leave the workforce early
• an increasing percentage of the population will be on disability/pension
• home-owners will default on loans
• local and national economies will suffer
• markets will founder or collapse
• lawsuits, lawsuits, lawsuits...