Toxic Fumes on Board: Swiss Warns Its Staff 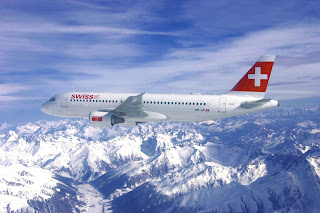 Toxic fumes on board: Swiss warns its staff
by Andreas Maurer, Schweiz am Sonntag,

Andreas Maurer is an editor at "Schweiz am Sonntag".

An investigative report shows how contaminated air enters the cockpit.

In the cockpit and in the cabin of the Airbus A330 of Swiss the smell of hydraulic oil spread five minutes after take-off in Zurich. The 34-year-old pilot experienced headaches and put on the oxygen mask...  The pilot made the right decision, says the Swiss safety investigation authority (SUST). It has published its report on the "serious incident" of 26 November 2015 this week. The hydraulic oil from the manufacturer Exxon, which got into the air, was a potential hazard. The passengers and crew were exposed to the toxic vapors for another hour. The fully-fueled aircraft was too heavy for a landing. Therefore, it circulated an hour in the waiting queue to burn kerosene. Several passengers and flight attendants suffered nausea and headaches. A stewardess suffered disturbances of taste and smell the following day.

The cause was a defective pump of the hydraulic system on the engine. Part of it was worn after 34,000 flight hours, resulting in a leak. Engine air is sucked in for the air conditioning system.

SUST investigator Florian Reitz notes: "Recently, the cases of contaminated cabin air have been piling up". The fact is that the jumbo jets are getting old. The phenomenon has been controversially discussed for years. Reitz says: "It would not surprise me if it were shown that the air on board for frequent flyers could be life-shortening."

Swiss reacted to the incidents and sent the crew a medical guide. There is also a guidebook in each aircraft. It states that the staff should visit a doctor immediately after an incident. If one waits too long, the substances in the blood can no longer be detected.

Swiss spokeswoman Karin Müller says: "So far, we have no case of lasting health effects known to be due to contaminated cabin air." The union Aeropers warns however of long-term damage. It asks the airlines to equip the aircraft with sensors and filters because of the fumes. Müller says this is "a topic of design and therefore a matter for the aircraft manufacturers such as Airbus". Swiss has their hands tied also from a legal perspective.

Aeropers spokesman and Swiss pilot Thomas Steffen replied: "The airlines are actually not ready to incorporate sensors because they would probably have to reverse [change] more aircraft." Besides jumbo jets, the problems are also increasing in the Boeing 757. He advises: "If I have a choice as a passenger on a route, I would rather choose planes that are less affected."