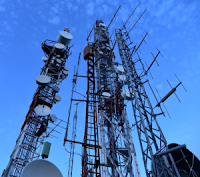 Autism spectrum disorders, (collectively referred to here as autism) has increased at an alarming rate over the past several decades which has coincided with the exponential growth of man-made sources of electromagnetic radiation (EMR) (7, 8), specifically wireless technologies, exposure to which has become ubiquitous in most places inhabited by humans nowadays. It is estimated that 1 in 45 children in the US has autism (10, 27). Autism is diagnosed according to behavioral symptoms but involves systemic physiological abnormalities and therefore it is not just a neurodevelopment disorder (18). Although autism is most likely a result of a combination of many environmental and genetic factors working synergistically to cause as well as exacerbate symptoms, genetic factors cannot account for the epidemic proportions of autism cases in such a short period, therefore environmental and epi-genetic factors play a major role in autism (9). What will be focused on herein will be the environmental causes of autism, how excessive EMR exposure, which is the impetus for the disease, combined with a lack of sunlight exposure as well as environmental heavy metal exposure, work in concert to lead to system-wide dysfunction that is autism.

Humans and all organisms on earth have never before been exposed to the amount of artificial EMR that exists today. Prior to the 20th century, the only sources of EMR were from the sun and earth which all life developed under (1, 3). With the dramatic growth of technology and changes in social behavior, modern society has become dependent on innumerable sources of EMR in order to function and exposure to man-made EMR is now involuntary and unavoidable for most people. There is constant exposure to EMR in the ambient environment, all day and night, to myriad sources of EMR of various frequencies, amplitudes, modulations and waveforms, from alternating current in electrical wiring, lighting and electric appliances to wireless digital televisions, computers, laptops, cordless phones, cell phones and digital utility meters to the countless cell phone masts and antennas, broadcast antennas, radar installations, satellites and other sources of broadband telecommunications that bombards everything in the environment with pulsed radio frequencies and microwave radiation. EMR, because it is invisible, makes it difficult to believe that it can have biological effects but it has to be considered an environmental pollutant that has biological consequences because molecules and cells can discern and respond to EMR just like they can to chemical signals. Many types of EMR can be converted into thermal energy during chemical interactions, therefore, EMR, even if classified as non-ionizing, can have thermal effects when absorbed by biological systems. For example, non-ionizing radiation, such as radio frequency radiation, interacts with matter through the rotation of polar molecules which generate dielectric heat in cells (32). The most fundamental properties of cells are modulated by EMR (2) as will be discussed below. Artificial EMR adds non-meaningful noise or interfering signals, causing all sorts of havoc.

Artificial EMR’s numerous detrimental biological effects begin at the microscopic level. The effects of pulsed EMR on cells are non-linear and unstable (20), therefore, its effects cannot be predicted, however, EMR is certainly causing some kind of effect that is not normal. At the molecular level, EMR can affect chemical bonds between adjacent atoms and alter the energy levels and spin orientations of electrons (33). EMR creates oscillations that cause configurational changes, altering the structure and function of molecular bonds (17) which may sound trivial, but small, seemingly insignificant changes accumulate and can trigger a cascade of events that may result in irreversible changes in the cell. Prolonged EMR exposure causes increases in protein misfolding and alters the expression of hundreds of proteins, down-regulating some and up-regulating others (1), therefore it can cause an increase or decrease in biological activity (21). Cells respond to all EMR as potentially harmful stimuli by the production of certain proteins to protect the cell (23). When cells are exposed to pulsed radio frequency and microwave radiation, it stimulates a stress response in cells which induces the creation of heat shock proteins, markers of cellular stress that become up-regulated when needed to maintain protein stability, improve cellular tolerance to stressful stimuli and maintain normal physiological cell function (20). This occurs whether the exposure is acute or chronic. Elevation of heat shock proteins in parts of the brain such as the hippocampus, which controls learning, memory, movement and behavior, can contribute to cognitive decline (21) which is apparent in autism.