If Wi-Fi and Cell Phone Radiation Are Safe, Why Has Belgium's Telecomm Boss Banned Them from His Offices? 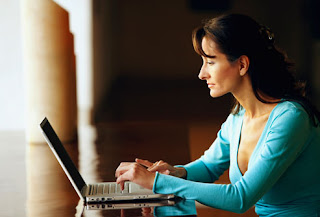 If WiFi and Cell Phone Radiation are Safe, why has Belgiums Telecomm Boss Banned them from his offices?
by Morley, liveuniverse.club, 25 January 2017

99 percent of the population continue to use WiFi and other wireless devices without a second thought, but a growing number of people are becoming increasingly concerned with the health issues surrounding the use of these technologies. Didier Bellens happens to be one of these people. What makes Mr. Bellens different is that he also runs Belgacom, the largest telecommunications company in Belgium. His concern is such that not only has he chosen to do without WiFi on the 27th floor of Belgacom where his office is situated, he also chooses to do without a cell phone; only taking calls on the offices land line.

Does Mr. Bellem know something we dont?

You would think as the president of Belgacom, Bellens might choose to be a little less vocal about his concerns surrounding the use of WiFi and cell phones; however, he has no qualms about educating others about these issues, especially those of the younger generation. As Bellens explains, during the day, it is better to use a headset because the GSM, it heats. He goes on to say. The waves are dangerous. At night, it is better to shut it off.

Are these radiation dangers real?

Bellens claims may not be as outlandish as they may first seem. In early 2011, the World Health Organization (WHO) classified radiation from devices like cell phones and WiFi as a Possible Human Carcinogen (Class 2B).

In 2007, the Bio Initiative Working Group reviewed 30 years of scientific studies documenting bio-effects and adverse health effects from these electromagnetic field (EMF) exposures. It concluded that the existing public safety limits are inadequate. The newly published 2012 Bioinitiative report written by 29 independent scientists from around the world says the situation is much worse than thought in 2007.

There are many concerns surrounding the use of cells phones. One of the most worrying is the link to brain tumors. In addition to a myriad of other health complications, Professor Joel Moskowitz of the University of California, Berkeley found, through compiling the research findings of every study conducted on the link between brain tumors and cell phone usage, consistent evidence that heavy cell phone use for a decade or longer increases brain tumor risk at least 30%.

And just how dangerous is the microwave radiation emitted by WiFi?

The radiation levels emitted by WiFi are admittedly low. But the problem is the nature of these EMFs. These pulsed and modulated frequencies are particularly biologically damaging, and the accumulation of all these sources and options that are a real concern.

The concerns with using WiFi center around the discoveries Dr. Magda Havas, Ph.D., Associate Professor of Environmental & Resource Studies at Trent University, has made over the years through her research and visiting sites where WiFi use is high, e.g., schools.

Headaches
Dizziness
Feeling out of place
Rapid heart rate
Heart arrhythmia
Clumped blood cells, which among other things, can lead to fatigue, numbness, and nausea

Research shows exposure to WiFi can:

There is even limited evidence of autism.

If more telecommunications company bosses followed Bellens lead and told the truth about these radiation emitting consumer goods at least people could use these technologies in full knowledge of the potential risk to their health. Wishful thinking?