Italy: The Court of Ivrea: "Misuse of the Cell Phone Caused a Tumor" 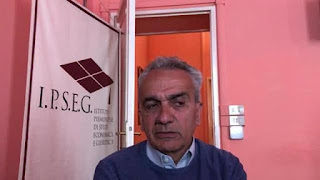 Detailed reporting of the court case by an Italian newspaper.

Copy of the legal judgement in Italian.

THE JUDGMENT - "BENIGN TUMOR BUT DISABLING"

The Court of Ivrea: "The misuse of the cell phone caused a tumor"

by Elisa Sola, corriere.it, 17 April 2017
Google translation with grammatical corrections by the Editor of "Towards Better Health".


Inail ordered to pay an annuity for an occupational disease to the company employee who was diagnosed with a tumor after 15 years of cell phone use for more than three hours a day without protection.

The prolonged and continuous use of the cell phone, without headsets or a hands-free kit, has been recognized by the Ivrea Judge Laura Fadda as a possible cause of the onset of a tumor. The victim, who appealed against Inail [National Institute for Insurance against Accidents at Work], is a technician in the Turin office of a large Italian telecoms company. His name is Roberto Romeo, 57 years old, and just a few years' short of retirement. The biological damage has been recognized at 23 percent.

The court sentenced Inail to pay him an annuity for an occupational disease. "It's the first time in the world that a court, at first instance, asserts the existence of a causal link between cancer and mobile phone use. It's a landmark ruling," says Stefano Bertone, attorney at the law firm Ambrosio and Commodus, who defended the worker.  Renato Ambrosio, a senior partner at the law firm in Turin, recalls: "Four years ago, we appealed against the Italian State, at the TAR [regional administrative court of Rome], asking the government to inform citizens about the risks and potential damage arising from the use of mobile phones. We are still waiting for an answer. " The lawyers are drafting, along with members of parliament, a bill that commits the government to educate the public on the subject.

"I started using the phone in 1995 at work" Romeo says, "because the company asked us to communicate with our technicians as well. I talked on the cell phone for four hours a day, every day, for fifteen years. Then, in December of 2010, I realized that I heard better in one ear. The ENT specialist told me that it was plugged, but it wasn't. From the resonance, he saw that it was a benign tumor, a neurinoma. It was very big and took up a good part of the brain, so I had surgery. I had to have the auditory nerve removed because of the size," says the employee. "Today, I no longer hear from the right ear. I have a kind of paralysis near my mouth. In the operating room, I also contracted meningitis and the recovery was very long. I do not live as I did before, I cannot take too much sun or cold and cannot properly close one eye, in addition to not feeling the same."

The precedent in Brescia

The lawyer, Bertone, explains: "With the case of Ivrea, it is the first time ever that the Italian justice system recognizes the plausibility of the oncogenic effect of electromagnetic waves of mobile phones, an effect already recognized by the IARC since 2011. Previously, in Italy and with the assistance of Padua APPLE (Association for the prevention and fight against electrosmog), it had been pronounced by the court of appeals in Brescia in 2009 and the District Court in Brescia in 2012."

The law firm has worked with APPLE since the establishment of the neurinomi.info site, a site dedicated to those who have developed a pathology of the eighth cranial nerve. The vice president of the Padua association is Professor Angelo Gino Levis who is professor of environmental mutagenesis at the University of Padua and was one of the legal advisers who have been following the case. Concerning the technical advice, Professor Levis has written: "I have no doubt in believing the high probability (qualified probability) criterion that claims the causal or at least concausal link required by current legislation between the development of an ipsilateral acoustic neurinoma suffered by Mr. Roberto Romeo and professional exposure to radiofrequencies from mobile telephones (cellular and cordless, analog and digital), which he usually used four hours a day for at least 15 years and more than 12,000 hours overall. " According to the professor, "The data presented in this study show that the risk of incidence of ipsilateral acoustic neuromas more than doubled in cellular and cordless users after 10 years of use, with an exposure time ranging from 16 to 32 minutes per day for a total of at least 1000-2000 hours overall, values ​​which were largely exceeded in the case in question."

The professor points out, secondly, that "the risk is greater for those who have used most types of mobile phones (cell phones and cordless phones) including, in particular, first-generation phones (analogues, as was the case here)", that "the risk is greater for those who used cell phones in situations where the EM signal issued by the base station (SRB) is weak (as it was for Mr. Romeo) - because the SRB was far away, because he was phoning from a heavily screened room, or because the phone traffic in the area where he worked was particularly intense - or when he was moving and rhythmically, the signal decreases due to the continuous change of reference of the SRB, especially when one is in a car that acts as a "Faraday cage", preventing or otherwise slowing down the diffusion outside of the radiation produced by the use of TM. It should be noted, in fact, that in all the situations described, the "compensatory"signal emitted by the cell battery may be 70-100 times higher than when the EM signal provided by the SRB is optimal."

Note:  This is a Google translation with grammatical corrections by the Editor of "Towards Better Health". 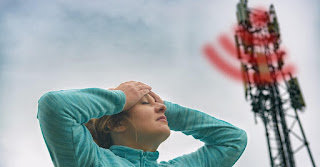