United Kingdom: Mum Claims 'Wi-Fi Allergy' Killed Her Daughter and Says Wireless Internet Should Be Removed from All Schools

Mum claims 'Wi-Fi allergy' killed her daughter and says wireless internet should be removed from all schools
by Matt Discombe, gloucestershirelive.co.uk, 7 October 2017 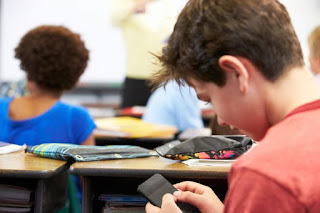 A mum who claims a Wi-Fi allergy drove her teenage daughter to suicide is among the campaigners to hold a talk in Stroud about the dangers of radiation from wireless devices.

In 2015, Debbie Fry's daughter Jenny was found dead aged 15 in woodland near her home in the Cotswolds.

Mrs Fry claimed at her daughter's inquest that Jenny's life was made a misery as she had electro-hypersensitivity - which meant she suffered from headaches, tiredness and bladder problems after being exposed to wireless connections at her School.

The coroner recorded a narrative verdict on the cause of Jenny's death and did not include factors relating to EHS as there were no medical proof she suffered from it.

But Mrs Fry is now on a mission to remove Wi-Fi from all schools and will be among the speakers at a public health talk in Stroud on Sunday.

Mrs Fry will be joined by campaigner Alan Cooke, who will warn of the health risks of mobile phones, smart meters, masts and Wi-Fi devices, at the event at the Open House in Gloucester Street on Sunday October 8 from 2:30pm to 5:30pm.

The NHS says it's unlikely mobile phones or wireless devices increase the risks of health problems.

But Mrs Fry is fighting Government plans to introduce Wi-Fi to the whole of the NHS.

She said: "They are planning to put in something that makes the sick, sicker.

"There's some urgency to which the whole of the UK's population needs to be told this technology is not as safe as we are led to believe."

Mr Cooke claims radiation emitted from these devices damages cells within our body, potentially leading to diseases such as cancer and brain tumours.

He said: "Anything that is wireless will emit microwave radiation - that's a fact. If you are receiving that over a period of time your cells will not repair - they will cause diseases.

"It's not just me saying it - it's top independent scientists and doctors. It's not something the Government wants to tell people about."

In May 2016 businessman Ian Phillips died after a tumour the size of a lemon was found in his brain. Before he died he claimed his brain cancer began as he was using his mobile phone for six hours a day.

The NHS says the only known effects of radio waves on the human body are very small rises in temperature - comparable to rises during exercise.

But Mr Cooke still has concerns and says many phone companies tell customers in small print to hold their devices away from their bodies.

"With smoking, the Government denied it until they couldn't deny it any longer. It was the same thing with asbestos.

"This is bigger - this is the next weapon."

Mr Cooke says people should consider turning wireless devices off where possible and use speakers or airtube headsets while making mobile phone calls.

The NHS Choices website says: "Research suggests it's unlikely that mobile phones or base stations increase the risk of health problems. There's still some uncertainty about the potential for risks from long-term use over decades, and research on this is ongoing.

"Concerns have been raised that exposure to radio wave radiation might cause various health problems, ranging from cancer and infertility to non-specific but unpleasant symptoms.

"However, the only known effect of radio waves on the human body is a very small rise in temperature of up to 0.2C. This is comparable to natural increases in temperature, such as during exercise, and doesn't pose a known risk to health." 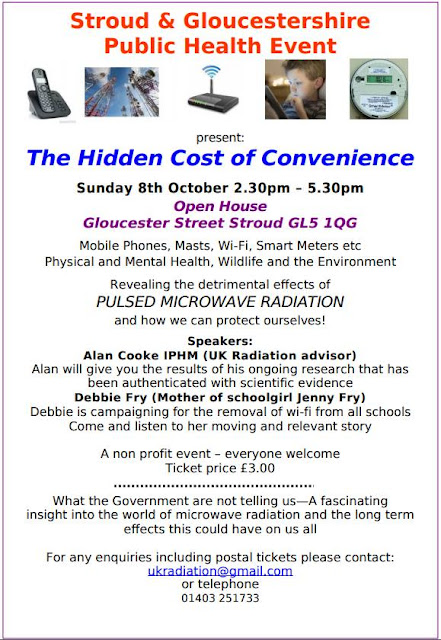