Pollution: A Crime against Health

The legal group formed within ARTAC on June 2, 2017, aimed to continue the discussion on the tabling of an amendment to the Rome Statute to have pollution recognized as a health crime at the International Criminal Court (ICC). In this regard, several topics were discussed: asbestos and its consequences on health (cancers); pesticides as endocrine disruptors; electromagnetic pollution. Note that Professor Stefania Negri (Italy) has joined us. 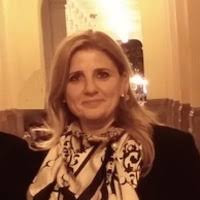 (Photo):  Professor of International Law at the University of Salerno, specialist in procedural and penal international law, in health and environmental law, Stefania Negri is particularly interested today in the environmental health point of view of European law. She holds the Jean Monnet Chair in European Law on Health, Environment and Food Safety.

Composition of this Think Tank


Filing a complaint before the ICC Prosecutor

Several topics were mentioned as being the subject of a complaint: asbestos and its consequences on health (cancers), electromagnetic pollution resulting in the emergence of electrohypersensitivity, the deleterious effects of pesticides (cancers, hypofertility, congenital malformations, etc.) and finally, global warming and its health consequences. For the dossier to be "robust", the scientific links between exposure factors and the resulting diseases must be clearly established. Such a complaint could be brought by an environmental NGO such as "Ecology Without Borders", supported by a group of lawyers specializing in environmental law.

Asbestos case study as an example of a health crime
In order for the complaint to be admissible to the ICC, the crime must have been committed after July 1, 2002, and not be the subject of investigattions or prosecutions under way nationally. Asbestos does not meet any of these two criteria. Maître Marie-Odile Bertella Geoffroy (lawyer), Maître Jean-Paul Teissonière (lawyer) and Maître Olivier Cachard (Professor of Law and Honorary Dean) are responsible for studying the admissibility criteria of the complaint as well as the nature of the individuals who can be prosecuted.