Right of Reply from Prof. Dominique Belpomme on Electrohypersensitivity 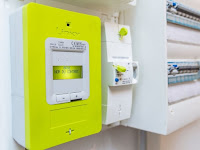 Last 19 December, the International Journal of Medicine (JIM - Journal International de Médecine) devoted an article to the seizure of the Order of Physicians by both Dr. Jacques Lambrozo concerning certificates of contraindication to the installation of the LINKY meter given by Professor Dominique Belpomme, as well as by the Directorate General for Health (DGS) regarding the potential breach of the requirement for physicians to provide patients with care based on evidence supported by science. Professor Dominique Belpomme is asking us to publish this right of reply concerning the article.

We would like to emphasize that certain elements presented by the practitioner could be considered as insufficient by some of our readers to fully convince them about the somatic nature of electrohypersensitivity. The JIM reserves the right to reply at a later date to certain points made by Professor Belpomme.

The article published on 19 December 2017 in the International Journal of Medicine entitled “Diagnosis of Electrohypersensitivity: Prof. Belpomme Pursued by the Order” calls for the following answers on my part:

The author writes, "Biological markers not very significant", arguing that “the almost unanimous work conducted on the subject did not make it possible to identify the physiopathological mechanism” and that “the link to waves is nowhere documented”. The article, which addresses a well-informed public, refers specifically to our study appearing in 2015 in the peer-reviewed journal “Reviews on Environmental Health” and which, to date, is based on the largest series of patients with electrohypersensitivity (EHS). The information should have been completed by specifying the cluster of markers used together: HSP and HSP27 chaperone proteins, nitrotyrosins, anti-myelin antibody, histamine and melatonin measured in the urine. The research protocol, validated by the most advanced international researchers on the subject, documents the link to exposure to electromagnetic fields.

Our work is not isolated since other publications in peer-reviewed journals provide evidence for the association between exposure to EMF and certain pathologies.

The affirmation of ANSES (National Agency for Food, Environmental and Occupational Health and Safety) that our work on EHS is unsatisfactory must be corrected. The opinion on smart meters given in December 2016 (2015-SA-021O) does not review the scientific literature on the diagnosis of EHS. It gives an initial general picture of smart meters without establishing their safety for people suffering from EHS.

It claims that the diagnosis of EHS would not be based on use of the previous markers but only on the cerebral ultrasound tomosphygmography, commonly referred to as TSCU or encephaloscan.

In fact, patients are systematically subjected to the study of these markers and to three other medical imaging examinations, including a transcranial echo-Doppler of the middle cerebral artery.

Whether or not the disputed examination is refunded by the Social Security is of no consequence since this circumstance is not causally linked to the scientific value of the TSCU. Actually, the cost of 250 euros corresponds to the four medical imaging examinations of which a part is obviously covered.

The TSCU has been the subject of research other than that conducted by my team.

Its application has been the subject of university research, including eight doctoral theses, supported by the faculties of medicine of Amiens and Limoges in the field of neurology and cardiovascular medicine and surgery. This research has been updated.

In the diagnostic protocol, the TSCU is always used in association with the transcranian echo-Doppler whose role is complementary. It is to be noted that the TSCU is routinely performed by other doctors. The fact that the technique is old does not mean that it has no scientific value. It is used and commented upon by a peer-reviewed journal.

Actually, each patient is examined individually and followed according to the rules of ethics and research protocols established jointly and signed by several foreign universities and doctors. All the certificates were handed over after the consultation, and are written according to the criteria of the World Health Organization (WHO).

I wish to clarify that I am reserving my explanations for the disciplinary committee, bearing in mind that the Directorate General for Health has recently abstained from any comment, and that on 2 December 2017, the JIM, as indicated in its article, offered to make known the viewpoint of Dr. Jacques Lambrozo, Director of the Department of Medical Studies at EDF, on the functioning of LINKY.

Translated from French by the editor of "Towards Better Health".
Publié par Meris à l'adresse 7:26 PM