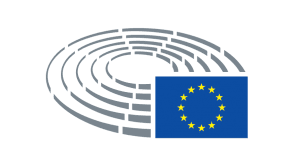 Subject: Impact of mobile phone radiation on the health of European citizens

The results of the 2015 measurement tests of 95 mobile phones in body contact positions by the French National Frequencies Agency (ANFR) showed that nine out of 10 tested mobile phones in contact with the skin exceeded the regulatory SAR threshold of 2 W/kg, set by the ICNIRP and used by the EU.

Most members of the public are not aware that mobile phones emit radiation waves even when in pockets, so direct skin contact is not even needed, and, moreover, the information on the allegedly safe distance between the phone and the body is currently in phone manuals, about which serious doubts have been expressed as to this not being the most effective place in terms of a source of information.

At the same time, there is scientific consensus that thermal effects on health are ‘known and proven’ (e.g. ANSES in July 2016), contrary to non-thermal effects, which are still subject to scientific debate.

What steps has the Commission taken or is it going to take in light of the findings in the above‐mentioned ANFR tests of mobile phones largely exceeding radio frequency radiation standards, and what steps is it going to take in order to better protect citizens, and to ensure that there is enough information on the risks available to European citizens in a more easily accessible form, independently of any commercial operators?