Switzerland: Press Release from Doctors for the Protection of the Environment: Easing of Radiation Protection for Mobile Phone Installations 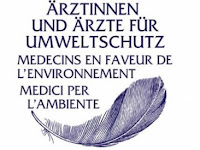 One year ago, the Council of States refused, for reasons of health concerns, a motion for raising limit values of mobile phone installations.  The Parliament must once again vote on a motion relating to revision of the Ordinance on Protection against Non-Ionizing Radiation (ORNI).  The easing of ORNI, requested in a motion is not without health concerns and is not necessary for the expansion of mobile telephony and the guarantee of digitization.  The association, Doctors for the Protection of the Environment, and physicians in Parliament are recommending once again  to the Parliament to refuse the motion.  The  Swiss Farmers' Union (USP), l'HabitatDurable Suisse and the Swiss Federation of Patients endorse this request.


On 8 December 2016, with a vote of "no" from the Council of States, the Parliament refused a motion to increase the limit values of mobile phone antennas. Now, the Council of States must once again vote on this motion which requests the Federal Council to ease the provisions of ORNI, that is, to authorize substantially higher exposures of the population to mobile phone antennas. The arguments presented are the looming collapse of the mobile communication networks and of the guarantee of further digitization in Switzerland.

The easing of ORNI is not without health concerns and is not necessary for the expansion of mobile telephony and the guarantee of digitization.

For the World Health Organization (WHO), mobile phone radiation continues to be potentially carcinogenic. International studies show, in addition to indications of a role in the development of cancers, a modification of brain waves, cerebral blood flow, quality of spermatozoa and disruption of genetic information. A report by Swiss experts does not raise the alert on antenna radiation. The health impacts of the fifth generation of recent mobile telephony (5G) that emits millimeter waves and is absorbed by the skin in particular have hardly been studied. A relaxation of ORNI is irresponsible from a medical point of view.

The ORNI would be revised to enable installation of new, considerably more powerful antennas at existing antenna sites without construction permits. This approach is neither durable nor future-oriented. For Harry Künzle of the Environment and Energy Office of the city of St. Gallen, the introduction of 5G is technically possible without increasing limit values. For him, the future will be networks of small, short range antennas (femtocells) (which should not be confused with Wi-Fi). Also for Sven Kühn of the IT'IS Foundation (EPF Zurich), future-oriented mobile telephony would be on the scale of a dense network of femtocells. With 5G, many small cells, rather than large cells, can cover more people with fast internet. Even for the "Internet of Things", according to Sven Kühn, a small-area network powered by fixed installations (optical fiber network) is needed. In the long term, this will lead to a reduction in radiation exposure due to mobile communication for residents and smartphone users alike.

The approach of easing of ORNI is not a durable strategy adapted to the future. In the interest of protecting the health of the Swiss population and of a future-oriented mobile phone technology, we recommend refusal of the motion.

- Doctors for the Protection of the Environment (MfE)

Translation by the Editor of "Towards Better Health".  Some links are in French and German.
Publié par Meris à l'adresse 11:08 AM