Switzerland: 5G, the Decision of the Federal Council that Divides 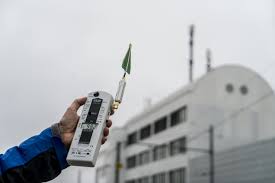 By granting licences for the new technology without debating the presumed risks it poses to the population, has the Federal Council yielded to pressure from operators and the economy? Points of view.

Watchmakers have reminded us of this these days. The magnetic fields generated by our smartphones disturb mechanical watches and impair their accuracy. According to mobile phone operators and their lobbies, however, these same waves have no influence on the human body. This logic clearly won out in the Federal Council when, on 8 February, it awarded the 5G licences for a period of 15 years for an amount of CHF 380 million to Swisscom, Sunrise and Salt.

For the record, 5G, or fifth generation mobile telephony, is the network that we are promised is super-reactive, super-fast, capable of connecting billions of objects, including autonomous cars. But it is also and above all this network that divides part of the population and the scientific and medical community, some seeing it as a major technological advance, and others as a potential increased risk to our health, that of nature and the planet. According to the latter, the universal deployment of 5G will lead to a significant increase in exposure to radio frequency radiation, in addition to the radiation induced by the 2G, 3G and 4G networks already in place. However, they argue, there is already evidence of the harmful effects of radiofrequency radiation on humans and the environment.

This clash of ideas and visions does not spare our country. There is a growing demand for a moratorium on this deployment until serious and independent health and environmental impact assessments have been carried out. The Federal Council obviously did not take this appeal into account, since it strictly adhered to the timetable for the award of licences.

This inflexibility is causing talk under the dome, where some wonder whether Simonetta Sommaruga, the new head of the Department of Transport, Energy and Communications (DETEC), and her colleagues have not given in to economic logic and pressure from operators rather than protecting the population by giving priority to the precautionary principle.

For Zurich's Socialist National Councillor Thomas Hardegger, there is no room for doubt. "This is always the way it works when industry or the economy wants to open up a new sector. It is the one that dictates the rhythm and imposes decisions. The working group on radiation risk analysis is expected to report in the summer of 2019. Now that licences have been granted and operators are investing heavily in infrastructure, what will remain of its recommendations?" asks the person who submitted an inquiry last December about the unbalanced composition of the working group set up by Doris Leuthard, the former head of DETEC.

"Mrs. Leuthard was not honest."

"Mrs. Leuthard had used her department, including the Office of the Environment, responsible for this group. Everyone around her was committed to the cause of 5G," denounces the elected official on the banks of the Limmat, who persists and signs. "In a letter sent by her department to the relevant commission of the National Council, the working group is also asked to ensure that legal gaps that may hinder the development of the 5G network are filled, a contradictory element that Mrs. Leuthard and her department have carefully hidden from the media. It is not honest of them. And in these circumstances, one cannot help but think that the main task of the working group is to neutralize criticism of the possible consequences of radiation and to allay public concerns in order to leave the field open to the operators."

This opinion is widely shared by Lisa Mazzone, his colleague from the Greens, who is disgusted by the attitude of the Federal Council, "whose mandate is not to please the interests of the economy, but to protect the health of the population". The Genevoise is also concerned that the three operators are demanding that the Ordinance on Non-Ionizing Radiation (ORNI) be revised and the maximum levels lowered. A project accepted by the National Council a few months ago, but rejected by the Council of States by a margin of one vote.

"As with pesticides and all these environmental areas, which concern everyone and are a social choice, these decisions are taken by ordinance of the Federal Council, which leaves virtually no room for manoeuvre for the parliament," regrets the representative at the end of the lake.

Beyond the economic stakes, which are calculated in billions, another question has been overlooked: the installation of 10,000 new antennas throughout the country. A massive deployment that enraged Thomas Hardegger. "Without this frantic race to 5G, which operators want to be functioning in 2020, a large part of these antennas could be installed on 2G masts, whose shutdown is scheduled for 2022 by Swisscom. And then, with the progress made in the insulation of buildings, including glazing, it will always require more terrestrial power to penetrate them. So why not strengthen cable technology?"

"The Federal Council is not a bunch of people who sell out."

Fathi Derder, the Waldensian liberal-radical elected official who will leave the National Council in November, has another opinion. "Suspecting that the Federal Council is composed of people unaware of the dangers and sold to the powers of money is the usual behavior of conspirators who believe that their lives are being destroyed. It is the same people who claim that the television set causes cancer and who decree that all technologies that emit waves cause us to die slowly. The same people who get migraines just by seeing an antenna. However, and, believe me, I have looked at this a lot, there is no scientific or medical evidence that radiofrequency affects our health. It's a myth. If the precautionary principle were applied on the basis of concern, we would have to rid all our roads and streets of motor vehicles. All this is not serious, almost grotesque," says the former editor of L'Agefi.

"There are 10% of electrosensitive people in Switzerland," says Thomas Hardegger. "I don't know any and I've never seen any," echoed Fathi Derder. We were rather expecting this debate in the parliament, not through the media...

This is both worrying and revealing. United Nations Secretary-General António Guterres, a graduate in computer engineering, recently confessed that he understood nothing about 5G technology. Strange. It's simple, though. All you have to do is open a specialized magazine to grasp its substantial content in a few seconds.

The proof. "5G will be a prerequisite for the collection of data generated by all connected devices and IoT. The solution is situated between PoE (Power over Ethernet) and optical fiber." It's not complicated, is it? And to the question "how does it work?", the answer is just as simple: "All you have to do is supply coaxial cable with Power-over-Coax." This is a matter of course. But in fact, are there already any 5G users? "Yes, the IP & Power-over-Coax forum, made up of some fifteen global video security players and major users, demonstrated the interoperability of equipment from six switch manufacturers. The targeted  actors of AI applications are confirmed to be the physical networks of utilities or supply chain networks." Here you are, you know about 5G....

"Willingness not to inform"

As a result, we had the idea of asking Solange Ghernaouti, professor of cybersecurity and cyberdefence at the University of Lausanne, for a "translation", who makes a clear reading of the situation.

"In reality, there is a technical-political-economic will not to inform the consumer so that he is as docile as possible, so that he participates in the extraction of the data which will be valued by the supplier (he is then an unpaid employee). There is a lot of hypocrisy and lies about the deployment of digital and artificial intelligence, which is done in a logic of economic performance and rationality, for the benefit of some only, and rarely taking into account real needs and longer-term consequences for society." Given that, Mr. Gutierres should understand...