More lawsuits expected against smartphone manufacturers: Apple and Samsung are accused of negligence, breach of warranty, and consumer fraud, as well as profiting off of placing consumers at risk. 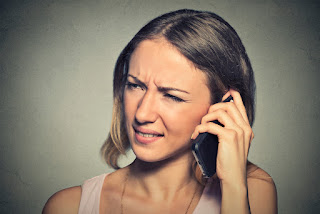 A class-action lawsuit has been filed against cell phone manufacturers Samsung and Apple after it was determined that radiation emitted by smartphones exceed government-established safety standards.

The lawsuit alleges that despite manufacturer claims, testing has shown the products to be dangerous.

According to the suit, a user carrying a phone in his or her pocket could be exposed to levels of radiation that are more than 500% what is considered to be a safe amount. The lawsuit cites several recent publications that claim cell phone users face an increased cancer risk.

The lawsuit additionally claims that cell phone use could potentially cause:


As a result of the study cited in the Chicago Tribune article, the FCC will now arrange to test cell phones for safety in the near future.

Apple Denies Its Smartphones Pose a Risk to Consumers

There is also debate over what the results of the tests actually mean. Phones act differently when they are being carried and are inactive versus when they are in use and making calls. Tech experts have long encouraged users not to make calls with phones they are carrying in their pockets and the test might have done little more than justify this warning.

The Tribune did acknowledge its test was not intended to rank cell phones based on safety, nor did the test conclude if phone use or proximity causes harm. To date, there have been no medically established links between the use of cell phones and cancer.
More Lawsuits Expected against Smartphone Manufacturers

Despite the uncertainty following the studies, the lawsuit filed accuses Apple and Samsung of negligence, breach of warranty, and consumer fraud, as well as profiting off of placing consumers at risk.

The plaintiffs seek actual damages, as well as compensation for continued medical monitoring and restitution. Furthermore, it wants cell phones to alter phones to be safer or to be required to warn consumers of the risks.

More data is needed to determine whether or not there is an actual consumer risk, but if the companies misstated the safety of their phones and there are breaches in safety standards, it looks bad for them and could mean trouble for consumers.

The Tribune pointed out that its tests were not the final word on the matter and that further investigation is needed to determine the actual risks posed by cell phones. However, the paper stated that current standards set by federal regulators might not be enough to protect consumers.