Cell Phone and Tumors, the Judgment of Turin is a Milestone

JUSTICE & IMPUNITY
Cell phone and tumors, the judgment of Turin is a milestone. For me a breath of air
by Dr. Patrizia Gentilini, oncologist and hematologist, member of ISDE, ilfattoquotidiano.it,
18 January 2020 - auto-translation 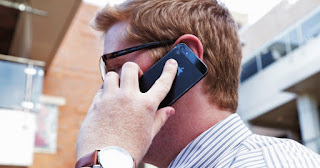 The recent ruling of the Court of Appeal of Turin - which recognized the causal link between the onset of a rare acoustic nerve tumor (neuroma) in a worker exposed to a mobile phone and its use for an estimated time of 12,600 hours over 15 years - represents a milestone in the heated issue of the risks of mobile phones.

The judgment deserves to be read in its entirety, as it is exemplary both for the consistency of the arguments and for the testimony of the very accurate work done by the Consulenti Tecnici d’Ufficio (CTU). The first impression I had when I read it was on the one hand of sincere gratitude to the magistrates who issued it, but on the other hand I also felt a sense of deep discouragement in having to note that the primary concern of health is in fact, once again, left to the judiciary, as the institutions in charge of this are, as in this case, greatly deficient.

In point 8 of the Turin Judgment, for example, the CTU's arguments are reported in response to INAIL's consultants who cited, in support of their arguments, the Istisan Report of the Istituto Superiore di Sanità (ISS) on which I had already expressed myself, reporting the position of ISDE. To see that the very criticism of the Istisan Report - signed by the President of the Scientific Committee of ISDE, Dr. Agostino Di Ciaula - is reported by the Turin magistrates is an indisputable recognition of the seriousness of our association and our commitment to the defense of public health.

Specifically, the authors of the Istisan Report are criticized for having considered out of 7 meta-analyses - 4 of which highlight risks and 3 do not - only the latter, although flawed by serious methodological errors, such as having considered very limited exposures (2 years and 8 months). It is obvious that a short period of not even three years is completely insufficient to see a tumor develop, a pathology that requires - as shown by adequately conducted studies  - exposures exceeding 10 years or 1,640 hours of mobile phone use. How can one ignore the existence of a risk based on observation periods that are too short for the disease to develop?

And while it is true that first generation mobile phones had higher emission levels, it is also true that mobile phone use occurs at an increasingly early age, lasts a lifetime and currently involves billions of people. In addition to neuromas, however, there is a further and even greater concern about the risk of gliomas, which are much more aggressive and malignant tumors in the brain.

Currently, these devices are also in the limelight because of the Phone Gate scandal, brought to light by the French doctor Marc Arazi, who reported that most mobile devices on the market today emit much higher radiation than declared. How is it possible that all this is in fact ignored by the ISS, which, while acknowledging the existence of uncertainty over the prolonged use of mobile phones, does not adopt any stringent recommendations, especially with regard to the exposure of children whose skulls are literally "traversed" by this type of radiation? How can one not be disconcerted by the position expressed by the ISS Report and confirmed by one of its researchers after the Turin Judgment?

One really has to wonder how many dead and sick people will have to be counted before the warnings on radio frequencies, as on so many other issues, are finally taken seriously by the scientific community. Lorenzo Tomatis, remembering Giulio Antonio Maccacaro 20 years after his death, reported the expression with which Maccacaro defined the epidemiologist: "an unconscious necrophore". Certainly not a flattering definition for those responsible for the defense of public health!

Once again, however, the part of the scientific community that raises doubts, often accused of being "anti-scientific", is the one that does not present conflicts of interest and also in this regard, the Turin Judgment is exemplary. Again Lorenzo Tomatis in the "Afterword" for the second edition of his book "Il Laboratorio", written in 1993 and entitled "Thirty years later", wrote: "with "Il Laboratorio" we have entered a period characterized by the tendency towards the absolute prevalence of an increasingly centralized Big Science, at the service of interests concentrated in the hands of those who hold the purse strings. The orientations of research depend heavily on funding channels and it is clear that these favor projects that are in tune with the interests of those who finance them...".

Already in the 1960's, Lorenzo Tomatis had seen the very dangerous drift towards which research and the scientific community were moving, a drift that is unfortunately increasingly evident today. "Science" is painted as an entity above the rest, objective and unquestionable, to which everyone should bow without question. On the contrary, science is, or rather should be, a "gymnasium" in which researchers and scientists confront each other in a transparent way on the basis of validated and reproducible numbers and data, without conditions or conflicts of interest.

It is precisely the aspect of conflicts of interest - and therefore of the independence of science - that has been masterfully taken up in several passages in the Turin judgment, so much so that I believe that this courageous warning is even more important than the content of the judges' verdict itself. In fact, the judgment states that the negationist positions are tainted by conflicts of interest and that, for this reason, they should not be taken into account in the same way as those arising from independent researchers, going so far as to write, with regard to the evaluation of the results "that greater weight should be given to the results conducted by researchers free of such conflicts, such as Hardell and his collaborators" or even: "the only scholars who exclude with certainty any causal link between the use of mobile phones and brain tumors are Profs. Ahlbom and Repacholi, but these authors are in a position of conflict of interest, the first, being  a consultant for mobile phone operators and the second, for electricity industries".
In these times in our country when the climate for those who disagree with the positions that prevail and the air we breathe (not only in a concrete sense) are very "weighty", this courageous judgment of Turin is a breath of fresh air that makes me say that perhaps there is still hope.