Link to report in English mentioned in this post:

The International Commission on Non-Ionizing Radiation Protection: Conflicts of interest, corporate capture and the push for 5G- by Klaus Buchner and Michèle Rivasi, June 2020 :
https://klaus-buchner.eu/wp-content/uploads/2020/06/ICNIRP-report-FINAL-19-JUNE-2020.pdf 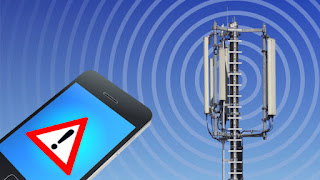 Today a study on ICNIRP (International Committee on Non-Ionising Radiation Protection) was published, commissioned by Michèle Rivasi and Prof. Klaus Buchner, two MEPs from France and Germany respectively. The result of this report is a scandal: Germany, like most countries in the western world, claims that RF radiation is not dangerous as long as it is below the limits proposed by ICNIRP. This is done in the belief that ICNIRP members are independent scientists who are free from conflicts of interest. The Rivasi-Buchner report, however, proves that ICNIRP e.V. is a private association registered in Munich. It has numerous close connections to the mobile communications industry: Most of its members have accepted money from the industry for their mobile telephony research. The association has also "fully taken into account" the suggestions of ICES [International Committee on Electromagnetic Safety] in its proposals for limit values. ("ICNIRP has delayed finalizing their conclusions to give full consideration of ICES's recommendations"). ICES is a US-American association, which is also purely private and closely connected with the mobile phone industry, especially with Motorola. ICNIRP e.V. resides rent-free in the Federal Office for Radiation Protection. In practice, the scientific secretary of the office also takes over the secretarial work of ICNIRP e.V. In order to make the "harmlessness" of radiation plausible, ICNIRP e.V. ignores the vast majority of scientific research in this field by claiming that critical studies do not meet the requirements of scientific quality. ICNIRP e.V. does this even when they have been published in the most prestigious scientific journals [1].


Prof. Buchner comments: "This is reminiscent of the trivialization of asbestos, where it was also claimed for years that it was harmless. After all, the damage to health caused by RF radiation has been scientifically investigated since 1932 [2]. The governments of most Western countries, on the other hand, have ignored the scientific findings and followed a group of industry-oriented "scientists". In doing so, they have given too little thought to the health effects". The Rivasi-Buchner report should have consequences for the limit values, the legislation for the construction of mobile phone masts and thus also for the expansion of 5G - a question that the Federal Constitutional Court will soon have to deal with.

1] An example is the so-called NTP study commissioned by a US government agency, more precisely the Food and Drug Administration, which proved the carcinogenic effect of RF radiation on rats.
https://ntp.niehs.nih.gov/ntp/about_ntp/trpanel/2018/march/tr595peerdraft.pdf

It is also significant that ICNIRP e.V. did not mention the Italian control study on this subject at all in its reports: