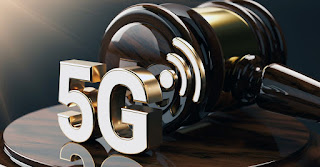 An amicus brief is filed by non-parties to a litigation to provide information that has a bearing on the issues and assist the court in reaching the correct decision. It comes from the latin words amici curiae, which means “friend of the court.”

The OTARD amendment, which took effect March 29, allows fixed wireless companies to contract with private property owners, including homeowners, to place point-to-point antennas on their property.

The rule also allows wireless companies to add carrier-grade base station antenna installations on private property to extend wireless voice/video/data service, including 5G and Internet-of-Things antennas, to users over a wide area, while preempting all state and zoning laws, homeowners’ association and deed restrictions. It also preempts civil rights and disability laws that protect the disabled.

According to the amicus brief, “The Commission refused to acknowledge significant policy, legal and practical problems.”

The brief strengthens CHD’s argument that the FCC’s failure to address the hundreds of comments filed by individuals and groups violates the Administrative Procedure Act (APA). Under the APA, an agency is required to reasonably respond to comments that were filed, otherwise its actions can be considered capricious or arbitrary.

In a webinar held by CHD for the filing of its main brief and of the amicus brief, Brokken explained that the organizations that signed the brief were eager to sign, and believed the court should hear their voices and the voices of the millions people these organizations represent.

“These organizations wanted the court to know there are millions of people around the country who are absolutely up in arms about this issue and do not want this OTARD rule to go forward.”

The amicus brief contains a few examples of the human suffering wireless radiation has caused to members of the amici organizations, including Lora Mitchell, an 83-year old resident of New York City.