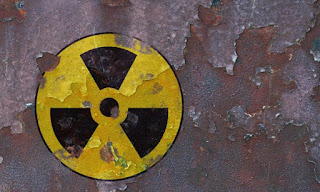 "While the car is in use, a person sits on a giant battery and the vehicle emits large amounts of low frequency electric and magnetic field (EMF) radiation," the complaint alleged.
A lawsuit against a major automaker has revved its way to the U.S. District Court for the Northern District of Georgia, after a driver claimed his vehicle’s battery exposed him to long-term health issues, disrupted his marriage and cost him his job.
As spotted on Law.com Radar, Josef Tater of Cobb County has filed a product liability lawsuit against Nissan North America Inc.
The pro se complaint alleges the battery of Tater’s leased 2015 Nissan Leaf emitted low-frequency radiation that caused him to begin experiencing negative side effects to his health, 20 months after leasing the vehicle.
“While the car is in use, a person sits on a giant battery, and the vehicle emits large amounts of-low frequency electric and magnetic field (EMF) radiation that is way above what is established as safe for a long-term exposure,” the complaint alleged. “Many scientists consider the limit for low frequency EMF radiation exposure to be 2mG (milligauss) or less. … The [2015 Nissan Leaf] measurements are way above the 2mG limit and increase the closer a person sits towards the center of the car. … There is no question that a long-term exposure of up to’31.3mG could make many people sick.”
The complaint outlined alleged World Health Organization studies linking childhood leukemia to residential power frequency magnetic field exposure above 3mG. It also mentioned scientific studies that cited negative effects of prolonged exposure to high levels of low frequency EMF radiation on human health.
‘Progressed to Sporadic Hallucinations’
Tater’s lawsuit detailed how the alleged car battery radiation emission exposure impacted his health to the point of requiring medical attention.
“As of January 2017, [Tater] started to have unexplained symptoms such as uncontrolled eye dilation, chest palpitations, memory loss and difficulty to concentrate. This has quickly progressed to sporadic hallucinations,” the complaint read. “Towards the end of January 2017, [Tater] had a difficult time to distinguish what was real and what was not, and as a result was terminated from his job. On January 25th, [he] was hospitalized with inability to hear and speak.”
Following the hospitalization, Tater continued experiencing physical symptoms ranging from chest palpitations to facial tingling every time he drove the 2015 Nissan Leaf, the complaint alleged.
According to the complaint, Tater couldn’t resume his work as a tax accountant because his physical symptoms worsened when using a computer for two or more consecutive hours. Tater also alleged his marriage ended in divorce as a result of his physical and mental deterioration.
While conducting his own research, Tater suspected he may have developed an electromagnetic sensitivity connected to the car’s battery, the complaint alleged.
“[Tater] adjusted his life by shielding himself from electronics as much as possible. He significantly limited driving the Nissan Leaf,” the complaint read. “Due to not having any other transportation, [Tater] had to continue to drive the car on limited basis until February 2018. [He] uses wired electronics instead of wireless, doesn’t stand next to a microwave while it is in use, limits the use of cellphone and places a cellphone away from his body while in use, takes frequent breaks from using a computer and turns off Wi-Fi as much as possible.”
Atlanta-based attorneys Franklin P. Brannen Jr. and Lillian Henry of Lewis Brisbois Bisgaard & Smith are representing Nissan North America Inc., a foreign corporation registered in Gwinnett County.
Neither attorney responded to phoned nor emailed requests for comment.
Tater, who also failed to respond to a request for comment, has requested a jury trial in hopes of being awarded damages for lost wages, “for permanently damaging his health and for destroying his family and career,” in an amount not to exceed $10 million.
His lawsuit also sought punitive damages for gross negligence, not to exceed $990 million, “so [he] can start a non-profit, public awareness entity to educate people around the world about the dangers of long-term exposure to low frequency EMF radiation emitted by many unshielded electronic devices such as electric cars, cell phones, microwaves, high voltage powerlines.”