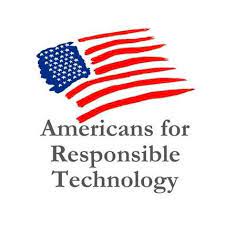 WASHINGTON, Dec. 21, 2021 /PRNewswire/ -- A group of non-profit organizations and private individuals led by the national coalition Americans for Responsible Technology (ART) today petitioned the Health and Human Services Department and its constituent agency, the Food and Drug Administration (FDA), to publicly issue a declaration of Imminent Hazard and clarify its position on the safety of human exposure to radiofrequency (RF) radiation emitted from cell phones, cell towers, smart meters, small cell antennas, wireless kiosks, tablets, computers and other wireless devices. The groups contend that the FDA is allowing and encouraging the misleading and false impression that it has engaged in a careful examination of the evidence, reached a science-based conclusion and developed standards for human exposure following government procedures. It has not.

"We're asking a simple and basic question that Americans have a right to know the answer to: where are the FDA's science-based standards for exposure to RF radiation?" says ART founder and National Director Doug Wood, whose organization represents more than 130 grassroots organizations across the country. "The FDA is our nation's primary agency to protect and promote public health and it has a statutory responsibility to evaluate the safety of wireless devices. This is an imminent hazard to human health. The FDA must act."

The rapid deployment of 5G antennas in neighborhoods across the country, along with the national effort to make every school classroom wireless has raised questions among parents and others as to the safety of near-constant exposure. The concurrent publication of more studies linking RF radiation to cancer, DNA damage and reproductive and neurological problems, has ignited a fierce debate over the wisdom of increasing involuntary exposure to RF radiation. Petitioners argue that the current FCC thermal guidelines, developed more than a quarter century ago, do not address proven biological impacts occurring at levels below the thermal threshold.

"The public is completely uninformed and unprotected," says Cindy Franklin, founder of Consumers for Safe Cell Phones, a co-petitioner in the action. "Most people think the FDA is carefully evaluating the science, and that FCC regulations are based on properly developed scientific input from the FDA. None of that is true."

A recent lawsuit seeking a judicial review of the FCC's decision to keep its outdated safety guidelines in place resulted in the Court ordering the FCC to look again at emerging science linking exposure to RF radiation with biological harm, especially to children and the environment. The court called the FCC's decision to keep its thermal-only guidelines "arbitrary and capricious."

"People all over the country are suffering from exposure, but may not realize it's the RF radiation from a nearby antenna, smart meter or router," says Ellen Marks, founder of the California Brain Tumor Association whose husband developed a brain tumor after years of holding his cell phone against his head. "RF radiation can cause headaches, dizziness, nausea, insomnia, inability to concentrate – and those are just the acute symptoms. Cancer takes longer to develop. We can't wait. This is a public health crisis that needs to be addressed immediately!"

About Americans for Responsible Technology: ART is a national coalition of grassroots organizations supporting the deployment of safe, economical and future-proof wired technology.