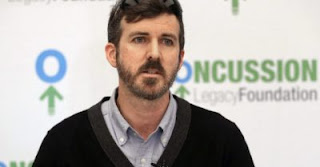 On Dec. 8, 2021, Mark Lenzi,one of the diplomats who developed what has been referred to as the “Havana Syndrome,” filed a lawsuit against the US State Department alleging disability discrimination.

It is the first known lawsuit to be filed by one of the diplomats who developed the condition. The now widely accepted explanation for the syndrome is an injury from pulsed radio-frequency (RF) radiation. The condition is the same as Microwave Sickness / Electro-Sensitivity, suffered by people injured by pulsed RF from commercial wireless technology.
Lenzi was a State Department officer. He and his wife and children began experiencing “sudden and unexplained mental and physical symptoms, including headaches, lightheadedness, nausea, nosebleeds, sleeplessness, and memory loss.”

According to the suit, Lenzi and his wife both took the Havana Acquired Brain Injury Test (HABIT) to assess their conditions. Both demonstrated brain injury symptoms consistent with exposure to RF