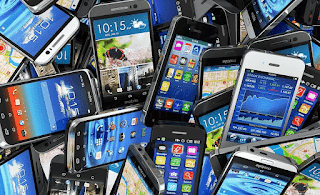 the manufacturer has waited 18 months to implement the software update

To date, 30 different models of mobile phones with non compliant SARs have been either withdrawn from the French market or have had their Specific Absorption Rate (SAR) updated by software.

Exceeding SAR for the XIAOMI REDMI NOTE 9 PRO
New excess of SAR found during a control conducted by the National Agency of Frequencies (ANFR) on the smartphone of the Chinese manufacturer Xiaomi, the REDMI NOTE 9 PRO. Indeed in a statement published on July 28, 2022 on its website, the French agency published the tests conducted by the laboratory CTC Advanced which show a SAR member above the regulatory level of 4 W/kg, namely 4.96 W/kg.

However, once again after the Samsung Galaxy Note 10, it took eighteen months for the manufacturer Xiaomi to regularize the situation by implementing a software update. The tests were carried out in January 2021 and users only discovered far too late that they were overexposed to the waves of their smartphone.

As for the manufacturer Xiaomi, it is a recidivist well known to our association who thinks he can do whatever he wants since our criminal complaints against him have been dismissed by the prosecutor’s office in Paris.