Canada: Apple and Samsung Phones in the Dock 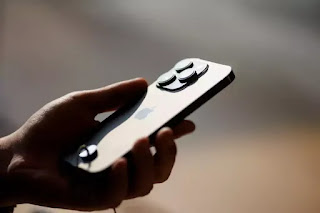 Seven Quebecers who accuse Apple and Samsung phones of emitting "toxic" waves, and their manufacturers of cheating during certification tests, partially won their case on September 22: the Superior Court authorized their class action.
THOMAS PETER PHOTO, REUTERS ARCHIVES
Seven Quebec plaintiffs filed a class-action lawsuit in March 2019 claiming that Apple and Samsung phones emit more radiation than the accepted North American standard of 1.6 watts per kilogram.
Judge Christian Immer, however, significantly reduced their claims. He dismissed numerous accusations, including some he called "patently unfounded, untenable and frivolous," to bring the case down to a few central issues. Does cell phone radiation pose a risk when these devices are held very close to the body? Are manufacturers sufficiently informing their customers about these risks? Should they then pay punitive damages?
All Quebecers who have purchased or leased an Apple or Samsung phone since September 11, 2016 are automatically part of the class action, whose hearing dates must be determined.
Cheating on tests
As the judge repeatedly pointed out in his decision written in English, it is not necessary for the present time for the allegations to be duly proven. "At the authorization stage, the complainants' burden of proof is one of demonstration," he explains, "and success doesn't even have to be a realistic possibility."
The seven Quebec plaintiffs filed a class action lawsuit in March 2019 that cast a wide net. Their central claim was that Apple and Samsung's phones emitted more radiation than the North American standard of 1.6 watts per kilogram, calculated on 1 gram of tissue for the head, neck and trunk. What is referred to as the "specific absorption rate", or SAR, is measured in the laboratory at distances ranging from 5 to 15 mm.
However, the complainants accused these tests of being "grossly inadequate", designed by authorities too close to the industry. They submitted reports in 2017 and 2019 by CBC and the Chicago Tribune, which used the services of an independent laboratory, RF Exposure Lab. It established that the radiation was higher, by 5 mm and especially by 2 mm, than the standard of 1.6 W/kg.
The plaintiffs further accused Apple and Samsung of cheating in these tests, as their phones are equipped with sensors that decrease the intensity of radiation when they approach a surface.
Credible accusation
Judge Immer rejected these accusations, first explaining that "the Court cannot substitute" for the authorities to validate the tests. As for the accusation of curbing radiation emissions, it was rejected by Apple and Samsung who ensure that their phones emit at full power during tests. The judge also described this accusation as "self-destructive" since it would lead to the conclusion that radiation emissions in everyday life would be even lower than what is recorded in the laboratory.
As for the CBC and Chicago Tribune reports, they were contradicted at the end of 2019 by new tests by the Federal Communications Commission (FCC), which filed an opinion with the Superior Court as a friend of the court (amicus curiœ).
The seven plaintiffs, on the other hand, raised a point that interested the judge: users often hold their phones much closer than 5 mm from their skin, especially in their pocket. Justice Immer considers it credible that at this distance, the radiation is higher than the legal standard of 1.6 W/kg and that it may represent a danger to health.
Limited burden of proof
The judge completely reformulated the plaintiffs' demands so that the class action focuses on more specific points: do phones emit more than 1.6 W/kg under certain conditions, which would represent a danger to the user? If the answer is yes, then the manufacturers may have contravened two sections of the Consumer Protection Act, since they would have sold a product without warning the consumer of the precautions to be taken and by "ignoring an important fact".
"The plaintiffs' proceedings, often using unfortunate hyperbolic language, explain in detail how negligent Apple and Samsung are in not disclosing the risk or danger of exceeding radiation limits when phones are placed close to the body. This meets the limited burden of proof they must present. »
As no complainant alleged physical injury, he dismissed the claim for compensatory damages of $13,000 per consumer. Punitive damages of an amount to be determined, on the other hand, are possible.