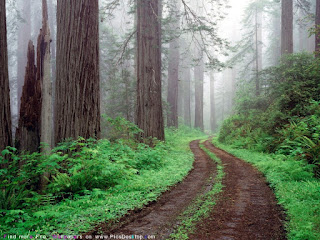 Then in February of 2006, I decided to come off of the medication for a few days so
that I could take ibuprofen for a knee injury, as there was a warning that came with Lithium
Carbonate not to take it in conjunction with ibuprofen. My knee injury persisted, and, after
seven days off the drugs, everything became clearer for me than it ever was while I was on the
medication. At that time, I also knew I could let go of the fear that I had that if I did not take
the medication, I would experience the dreadfully frightening symptoms I had experienced in
the past. Since then I have never experienced the same level of frightening symptoms.


From that time, I attempted to remain off of the medication for an extended period, but
either depression or other symptoms such as psychosis appeared, so that I never remained
off of the drugs for more than six months until 2009. Now, with my wife who supports me
unconditionally, it has been possible for me to remain off of the medication for over two and a
half years. I know that even when I make mistakes, she is there for me. She has never insisted
that I get back on medication and is supportive in so many ways.


When I was trying to get off of the medication, I searched for a person I could talk to who
had been diagnosed with bipolar disorder and had successfully gotten off of medication.
Because I never found that person, I believe my progress was slower than it could have
been. Sometimes when I was off of the medication for a while, and I experienced a setback,
like mild depression or psychosis, I doubted my own ability to live well without the
drugs. Because I had never met anybody who had gotten off of psychotropic medication
successfully, I doubted the possibility of ever doing so, and would return to medication as
a solution. I believe if I had had someone who had gone through those hurdles successfully
without medication, my success in getting off all psychotropic medications(1) would have come much faster.


Now that I have been off of medication for over two and a half years, I have a great desire
to help others who would like to do the same by sharing my experiences. As I had desired
to talk to someone who had been through what I went through, I now want to be there for
others who are going through what I did. This is very important to me for the many reasons
I have mentioned already. All in all, I believe that taking the medication suppressed the
expression of my true self. I now want to help others learn how to tap into who they truly
are without having to suppress their true selves with medication. I believe this is one of the
most important things I can be doing with my time. I believe that the more people learn to
access their true selves without suppression through medication, the better off the world will
become. To this end I would love to be of help to anyone by offering advice or in any other
way that I can. My wife has also voiced her desire to support me in this. She has her own
story in helping me in my journey, and has also been successful in her own personal battle in
getting off of a different medication (maybe she will add an entry at a later date!) We may be
contacted through Meris Michaels, the editor of this site. We would appreciate hearing from
you!