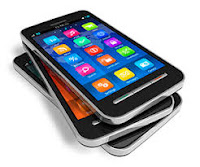 The following information was excerpted from the Federal Register.

The peer-review meeting will be held at the National Institute of Environmental Health Sciences (NIEHS) in Research Triangle Park, NC and is open to the public. Registration is requested for attendance at the meeting either in-person or by webcast and to present oral comments. Information about the meeting and registration will be available at https://ntp.niehs.nih.gov/​go/​36051.

Personal (cellular) telecommunications is a rapidly evolving technology that uses radiofrequency energy or radiation for mobile communication. According to a 2016 survey, 95 percent of American adults now use cell phones. Given such broad use, adverse health effects shown to be associated with cell phone use could be a widespread public health concern.

The U.S. Food and Drug Administration (FDA) nominated cell phone radiofrequency radiation for NTP study because (a) widespread human exposure is possible, (b) current exposure guidelines are based largely on protection from acute injury due to thermal effects, (c) little is known about the potential health effects of long-term exposure to radiofrequency radiation, and (d) currently available human studies have found limited evidence of an increased risk of cancer from cell phone use.

NTP studied in rats and mice the effects of exposure to cell phone radiofrequency radiation from two system modulations: Global System for Mobile Communications and Code Division Multiple Access. NTP released the “Report of Partial Findings from the National Toxicology Program Carcinogenesis Studies of Cell Phone Radiofrequency Radiation in Hsd: Sprague Dawley SD Rats (Whole Body Exposure)” in May 2016 (https://doi.org/​10.1101/​055699). The partial findings will be included in the draft NTP technical report for rats. The two draft NTP technical reports present results for all NTP studies on rats and mice on the toxicity and carcinogenicity of cell phone-emitted radiofrequency radiation.

The deadline for submission of written comments is March 12, 2018. Written public comments should be submitted through the meeting website. Persons submitting written comments should include name, affiliation, mailing address, phone, email, and sponsoring organization (if any). Written comments received in response to this notice will be posted on the NTP website, and the submitter will be identified by name, affiliation, and sponsoring organization (if any). Comments that address scientific or technical issues will be forwarded to the peer-review panel and NTP staff prior to the meeting.

Registration to provide oral comments is on or before March 12, 2018, at https://ntp.niehs.nih.gov/​go/​36051. Registration is on a first-come, first-served basis, and registrants will be assigned a number in their confirmation email. Oral comments may be presented in person at NIEHS or by teleconference line. The access number for the teleconference line will be provided to registrants by email prior to the meeting. Each organization is allowed one time slot per comment period. The agenda allows for two public comment periods: The first comment period on the exposure system (12 commenters, up to 5 minutes per speaker), and the second comment period on the NTP findings in rats and mice (24 commenters, up to 5 minutes per speaker). After the maximum number of speakers per comment period is exceeded, individuals registered to provide oral comment will be placed on a wait list and notified should an opening become available. Commenters will be notified after March 12, 2018, the deadline to register for oral public comments, about the actual time allotted per speaker.

If possible, oral public commenters should send a copy of their slides and/or statement or talking points to Canden Byrd by email: NTP-Meetings@icf.com by March 12, 2018.

More information about the meeting