This is the report from ANSES that presented an analysis of test reports of SAR (Specific Absorption Rate) levels by the French National Frequencies Agency (ANFR).  The 2016 report stated  that in 2015, 89 percent of cell phones  tested in direct body contact  had a SAR higher than the maximum limit value of 2 W/kg and 25 percent had a SAR higher than 4 W/kg.

Dr. Marc Arazi, a French physician, made an inquiry to see the actual data. He was first denied the information by ANFR.  After a court challenge and months of pressure, ANFR posted the information on their website in June 2017. The information, however, is not complete, and Dr. Arazi has been obliged to again take legal action against ANFR in order for them to release all the data on the results of the mobile phone tests, filing an appeal with the Administrative Tribunal of Melun on 1 December 2017.

Dr. Arazi maintains a blog on the issue. 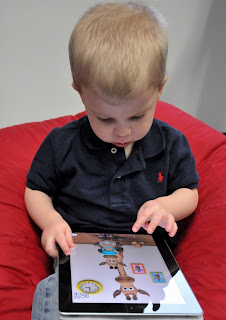 
"Unlike previous generations, children are exposed today to multiple RF sources at a young age", even during prenatal development, according to this latest French government advisory. Le Monde France quotes Olivier Merkel, coordinator of the report: "Children are not miniature adults...because of their smaller size, their anatomical and morphological characteristics and the characteristics of some of their tissues, they are more exposed. In particular, the peripheral areas of their brains are more vulnerable than adults to RF."

The government agency recommends to "reconsider the regulatory exposure limits" to ensure "sufficiently large safety margins" to protect the health of young children:

Compliance with regulatory exposure limits should be insured for the ways that devices are customarily used, such as positioned in contact with the body.

Reliance on the specific absorption rate (SAR) to set human exposure limits should be re-evaluated and replaced through the development of an indicator to assess real exposures for mobile phone users that applies to various conditions: signal type, good or bad reception, mode of use (call, data loading, etc.), location device is used on the body.

ANSES reiterated its recommendation, as previously stated, to reduce exposure to children: minimize use and prefer a hands-free kit.

"For several decades, my research and that of many others has shown that children and smaller adults will absorb relatively more radiation from mobile devices. Unfortunately, proper research on long term use has not been done to determine the full health impacts on children. I am one of many researchers who strongly recommend strengthening current regulations to protect children," stated EHT advisor Om Gandhi of the Department of Electrical and Computer Engineering, University of Utah, who has published multiple research studies indicating that children absorb radiation deeper into their brains than adults.

"Coming on the heels of the U.S. government study showing increased risks of rare tumors of the brain and heart tied with wireless radiation in rats, this new French government report provides a welcome reminder of the importance of protecting young brains and bodies. The absence of proof of harm in our children at this time should not be confused with evidence of safety," added Devra Davis PhD MPH, FACE, Visiting Professor of Medicine, The Hebrew University and President of Environmental Health Trust. "We cannot afford to treat the young as subjects in an experiment for which we will soon have no unexposed control group," she added.

"Our published research on cell phones but also tablets and laptops indicates that equivalent exposures to radio frequency results in different doses to specific tissues in children compared with adults. The wireless device certification process should be complemented with a computer simulation process using anatomically based models of different ages," stated Professors Claudio Fernandez and Alvaro de Salles, EHT Advisors from from the Electrical Engineering Departments of the Federal Institute and University of Rio Grande do Sul, IFRS and UFRGS, Brazil.

France previously enacted highly protective laws in regards to radiofrequency exposures. Wi-Fi is banned in kindergarten and OFF is the default setting in elementary schools (unless if specific classroom instruction requires it during certain time periods). French national law also addresses cell tower emissions compliance and labels Wi-Fi transmitters in public spaces. French cell phone legislation bans cell phones for young children, mandates SAR labeling, and requires that all cell phones are sold with headsets. This new report calls for tightening regulations even further in light of findings that children experiences serious learning and other problems tied with wireless exposures. Over twenty countries and governments have enacted various protective policies to reduce radiofrequency exposure to children.

ANSES also called for more research evaluating the health and psychosocial impact (academic learning, social and family relationships, etc.) in children, related to the use of mobile communication technologies, particularly because of addictive phenomena, disorders in circadian rhythms, etc. The Agency advises parents "to minimize their children's mobile phone use, avoid nighttime communications and reduce the frequency and duration of calls".

Le Monde France: Warning about the dangers of radio frequencies for children
http://www.lemonde.fr/sante/article/2016/07/08/alerte-sur-les-dangers-des-radiofrequences-pour-les-enfants_4965884_1651302.html

List of New Report Headlines on the ANSES Report.
https://news.google.com/news/story?cf=all&hl=fr&pz=1&ned=fr&q=anses&cf=all&ncl=dNaBoTmbi-XXC-MrMTgaGnjzhfr2M&start=30