Last night, I received the following message from a young boy in the Philippines:

"IT seems parents are the one who are killing us kids because we are being addicted to playing angry birds, fruit ninja, etc. Now please, STOP buying tablets for us!!! i'm david brendia of philippines age 8."

And from a parent:

"We parents should be the first to protect our children's welfare & future but it seems we are the one destroying them. save our children, ban all tabs!"

I am extremely grateful to these persons for speaking up.

After a Facebook contact called the VTech Inno Tab 2 tablet a piece of “carcinogenic technojunk”, I decided to research this gadget that will be placed under many Christmas trees this season. Wading through dozens of references on Google, I could find no information on the composition of these products, just a vague mention of plastic and rubber. Almost all sites promoted the positive features of these tablets, inciting parents to buy them for their kids. At $80 per gadget, this means big bucks for Vtech and retailers. French-speaking Switzerland’s most popular consumer magazine, “Bon à Savoir” (391,000 readers) promotes the Vtech tablet as a popular Christmas gift for children, comparing only prices in various stores, with no mention of its “toxic” effects on factory workers producing these gadgets, or on the development of young children. 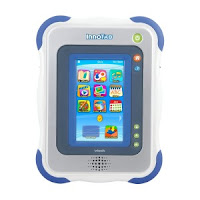 What I did find was a 50-page report by the Institute for Global Labour and Human Rights from June 2012 describing the deplorable working conditions in the Vtech factories in Guangdong, China. “Plenty of workers live worse lives than those at Foxconn”, mass producer of electronic gadgets for Apple. There were also several articles on the effects of these tablets, designed for ages 3 to 9, on children’s development.


Vtech products are manufactured at three plants employing some 30,000 workers, in Guangdong, China. These persons work 12 to 15-hour shifts, six days a week, under deplorable and illegal sweatshop conditions. The plants operate 24 hours a day. In one hour, a worker must complete 1,289 to 1,600 operations which consists mainly of plugging pieces into ever-moving circuit boards. They are forced to stand all day. They earn a below-subsistence wage of $1.09 per hour. Working in poorly ventilated factories, they are exposed to the toxic thinners used to clean circuit boards. These thinners contain substances such as benzene which is carcinogenic and mutagenic, toluene, ethyl acetate, acetone, xylene … which can cause skin allergies, dizziness and nausea, and even more serious health problems. Workers do not receive any education regarding the potential hazards of these toxic chemicals or how to lessen or prevent exposure.

There are high levels of stress and depression among the employees who describe the work as “furious, mind-numbing, exhausting, meaningless and poorly paid”. Some have committed suicide or died from overwork, no longer able to tolerate the unbearable working conditions. Workers have no rights, no dignity, no voice. They sometimes receive “crude and nasty” treatment. The cafeteria food in the factory, mainly consisting of rice and rotten potatoes, is of poor nutritional quality. They have almost no time for rest, entertainment or developing their lives. On the one day off, they cannot go out and enjoy themselves because they have no spare money to spend.

Workers’ living conditions are no better. They are crowded eight to a dormitory room about 13.5 by 16.5 feet. There is no air-conditioning and no curtains on the windows, which makes it difficult to sleep during the daytime after working the night shift. Showers are non-existent; plastic buckets are used for bathing.

Vtech makes cordless and corded phones and children’s electronic learning games, selling 172,800 products a day. This amounts to 63 million items per year in 75 countries. Vtech is the exclusive supplier to Deutsche Telekom for all its corded and cordless phones. It also sells to Target, Sears, Wal-Mart, AT&T, Motorola, Philips and Telstra (Australia). In May 2012, Vtech announced annual revenues of $1.785 billion. Companies such as Deutsche Telekom, although committed to social responsibility, are failing in their attempts to protect human and worker rights in China.

Regarding the “toxic” effects of these tablets, teachers say that children using the gadgets who haven’t yet learned to write, will have difficulty writing and won’t think it’s necessary. Spending long periods of time on tablets may affect the development of children’s attention span and capacity to focus. They may become over-stimulated and exhibit behavioral problems including a marked decrease in social skills. Tablets are held much closer to the face than a laptop, desktop or television screen, causing more glare and possibly damaging the developing eyes of children.

The Vtech Immo Tab manual includes a warning about focusing on an LCD screen at close range for a prolonged period of time which may cause fatigue or discomfort and even trigger seizures in susceptible individuals. It recommends that children take a 15-minute break for every hour of play.

One expert comments that these techno toys “will lead to a generation of ‘iKids’ who may struggle to read, write and speak properly.”

It is time that parents behave as responsible consumers by not buying tablets which are “toxic” to the workers assembling them and to the development of young children who are using them.

“VTech Sweatshop in China”, by Institute for Global Labour and Human Rights, June 2012.

“A touchscreen for your iKids: Frist tablet computer toy for children raises fears they will become addicted to technology”, by Sarah Harris, Daily Mail, 10 June 2011.