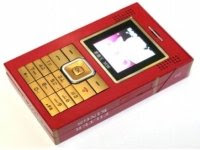 
The parallels between mobile phones and cigarettes are on many planes.

We'd all agree that cell phones are addictive: Most of us feel pangs of some sort if we're kept away from them for extended periods. But I've noticed that the similarities between these two objects of passionate desire are disturbingly broad-ranging. Here are ten.

1. Addiction
First up is the most obvious: Cigarettes and phones are both addictive. Here's a sober quote I found about this: "Cell phone dependency is now called compulsive communicating. Chain diallers call continually to get another fix." One statistic — for what it's worth — is from a survey commissioned by T-Mobile: "63% of smartphone users would climb through trash to find a lost phone." That's quite a bit like people on railway platforms looking for cigarette butts.

2. The Annoyance Factor
Smokers have long been a public nuisance, and for good reason: No-one likes smoke being blown in their faces. Cell phone users, on their part, have annoying ringtones, they talk loudly while ignoring others, and break the silence in movie theatres.

3. Distraction
It's all too familiar these days: A group of people are at a table, and every half minute, one person looks at his or her phone to check a message — and sometimes leaves the table. Smokers leave tables in pretty much the same way, though not as frequently — and usually in pairs or groups.

4. Carcinogenicity
We've read a little too much recently about the dangers of electromagnetic radiation, which we needn't repeat. But a month ago, the Italian Supreme Court ruled — not without controversy — that a man's brain tumour was directly connected to his cell phone usage. And we needn't mention the direct link between smoking and the dreaded C disease.

5. Brand Loyalty
Nokia fan. Marlboro Man. Fandroid. "I only smoke Camels." We tend to attach some of our identity to our gadgets — and to the companies that make them. Much like smokers do with their brand.

6. Time Wasting
Most of us spend quite some useful time with our phones — and quite some useless time. The 10-a-day smoker spends about an hour and a half on his habit. In both cases, the user makes it look like he or she is doing something useful: If you stand and stare into space for five minutes at a stretch, you'll easily hear people talking in whispers about your mental state. But if you stare at a phone doing nothing particularly useful — or if you smoke a cigarette — you're OK.

7. Restricted Areas
Cell use and cigarette smoking are both banned in two interestingly diverse areas: Airplanes, and (in some areas) petrol pumps. The connection between petrol and radiation is not clear, but it was once a widespread idea that you could blow up a petrol pump by using a phone there. With cigarettes, that's a reality.

Also, the areas where smoking would be most obnoxious — theatres and plush restaurants — are also those where loud callers seem more obnoxious. And on planes, people pluck out their phones immediately upon landing — while the smokers pull out their similarly-sized cigarette packs.

8. Physical Schematic
A phone needs an external actuating element (the charger); so does a cigarette (a lighter). A phone is divided into a top part (screen) and lower part (keypad); a cigarette has the white tobacco area and the brown filter area. If this connection seems far stretched, consider this: You can charge your phone using your car's cigarette-lighter adapter.

9. The "Running Out" Phenomenon
When someone's battery is dying, the hunt for a charger and/or a charging point is pretty stiff. So is a smoker's hunt for cigarettes when he reaches the last couple in his pack. The element of panic is similar.

10. Taglines and the Lifestyle Element
"Live life kingsize." "Life. (M)powered." "Connecting people." "Made for each other." Which of these are phone company slogans and which are smokers' lines?

Of course, there is a long list of dissimilarities — for example, a cell phone serves a useful purpose, which cigarettes don't. But is there more to these parallels than just imagination? What's your take? (While you're at it, check out the cigarette box cell phone — but only if you're an incurable smoker.)