The amendment defended by the Green Party was intended to « push the State and local authorities to protect children, notably the youngest, from the influence of waves”, in the name of the “precautionary principle”. Since 1995, the Barnier Law suggests that “in the absence of certainty, taking into account current scientific and technical knowledge, the adoption of effective and corresponding measures aimed at preventing risk of serious and irreversible harm to the environment at an acceptable economic cost must not be delayed”.

The debate on the health impact of waves emitted by cell phones, Wi-Fi connections and mobile phone antennas is not closed, even though in 2011, the World Health Organization (WHO) classified these waves as possibly carcinogenic. Mobile phone operators are relying on the latest advice of the “Agence nationale de sécurité sanitaire” (Anses), dating from 2009, to avert danger. Anses must update this opinion between now and this summer.

In January, a new study revived the hypothesis of a link between the use of cell phones and cancer. This report by the European Environment Agency, considered that calling while driving not only would be dangerous because of potential accidents but could also increase the risk of brain cancer. In fact, many harmful waves would be picked up at the moment when a device passes from one mobile antenna to another. The Agency thus calls for urgent measures to reduce the possibility of tumors.

Also in January, the ecologist deputies had presented a draft law aimed at reducing exposure to electromagnetic waves. But the text, even before being examined in depth in the House, had been sent back to the committee, the Green Party denouncing an outright “burial”.

Doubts about the application

Concerning the modernization of schools, « we are not against « digital public service”. On the contrary, but the precautionary principle must be applied in daycare centers and pre-schools”, the EELV Deputy from Calvados, Isabelle Attard pointed out. It is thus a victory, “the first time that we are going to apply the precautionary principle concerning children,” acknowledged the ecologist deputy.

According to Yves Durand, the Deputy of the PS du Nord Party and rapporteur of the draft legislation on school reform, application of the amendment is however “minimal”. “We are going to see how it applies,” he said.

The entire bill, voted at the first reading in the Assembly, must now be examined in the Senate.

(Translated by the Editor of this blog.)
Publié par Meris à l'adresse 7:34 PM 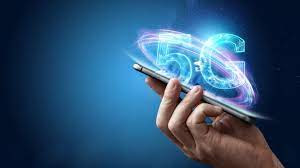