California: Cell Tower to be Removed After 4th Ripon Student Diagnosed with Cancer 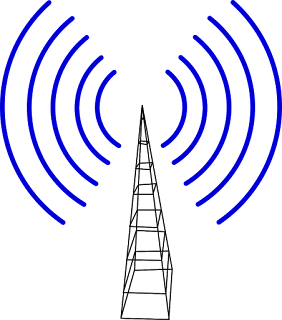 After 4 students and 3 teachers were diagnosed with cancer within a 3-year period, Sprint has finally agreed to remove a cell tower at a Ripon, California school. While it is exceedingly difficult to identify the cause of a cancer cluster, parents and students in the San Joaquin County school are convinced there is one and it is caused by the campus cell tower. They are not only protesting but several have abandoned the small school which now features 4 rare cancers in students -2 brain tumors, one kidney cancer and one liver cancer. Investigations of not only cell tower radiation but also water quality have been initiated. After 200 parents stormed the school board meeting, school officials were prompted to ask for the cell tower to be removed at the K-8 school. Sprint has agreed to do so.

Parents Opposed the Cell Tower Before it was Placed

The cell tower was placed at Weston Elementary School 10 years ago and a group of parents opposed the cell tower construction before it was erected, citing health concerns. According to news reports, they have another 15 years left on the 25-year lease. A Go Petition to have the cell tower removed was initiated in 2017 after 2 children in the school developed cancer.

Radiofrequency Levels Are Within FCC Guidelines

Officials have maintained that the radiofrequency radiation levels were below the federal standard when measured and they are in compliance. Questions remain about the safety of cell towers as well as the current standards which many experts state are not protective of human or environmental health. Current FCC regulations for human exposure are based on heating of tissues and short term exposures, not harmful biological effects demonstrated at much lower levels in the scientific literature.

Even though the cause of any particular cancer may never be determined is there scientific evidence that removing the cell tower and taking this precautionary approach is warranted?

Cell towers as well as Wi-Fi create continuous emissions of pulsed microwave radiation. Microwave ovens which use similar radiofrequencies at higher power cook by heat, however, at lower power adverse biological effects have been demonstrated in scientific studies without heating or burning the tissue. One mechanism of toxicity that has been clearly shown is oxidative damage in 93 of 100 studies (Yakymenko 2016). Wireless radiation passes through and is absorbed in the body and organs and thus can potentially cause broad harm to cellular structures and internal organs. Damage from RFR is cumulative as it is with ionizing radiation and other toxic exposures. It is also non-linear in its effects due to individual variation in genetics, nutrition and health.

In 2011 IARC listed radiofrequency radiation (RFR) as a possible carcinogen. The National Toxicology Program (NTP) study on cancer and cell phones announced their findings in 2018, after 10 years of research on RFR, and showed DNA damage (a precursor to cancer) and clear evidence of carcinogenicity of wireless radiation emissions. They demonstrated in carefully conducted studies a significant increase in tumors of internal organs including the heart, brain and adrenal medulla (which sits just above the kidney). Another worrisome finding from the NTP was the development of aging of the heart in the exposed cohort.

A study by Wolf and Wolf (2004) showed a significant increase in cancer in those living within 350 feet of a cell tower. Eger (2004) found an increase in new cancer cases within a 10-year period if residents lived within 400 meters of a cell tower. They also found that within 5 years of operation of the transmitting base station the relative risk of cancer development tripled in residents near the cell tower compared to resident living outside the area. Dode (2011) performed a 10-year study (1996-2006) examining the distance from cell towers and cancer clusters. He and his colleagues found a significant increase in cancers in those living within 500 meters of the cell tower. They noted, “The largest density power was 40.78 μW/cm2, and the smallest was 0.04 μW/cm2.” The current guidelines are about 1000 μW/cm2.

They conclude “Measured values stay below Brazilian Federal Law limits that are the same of ICNIRP. The human exposure pattern guidelines are inadequate. More restrictive limits must be adopted urgently.”

Cancer is not the only worry with cell towers. The majority of studies on cell towers internationally have shown adverse effects with cell towers in close proximity to residencies and schools. Findings include symptoms of dizziness, headaches, nausea, memory loss, and fatigue in those living within about 400 feet of a cell tower. These are symptoms of “microwave illness” reported by NASA in servicemen working on radar systems. A recent study conducted over 2 years looking at the effects of cell towers near two schools by Meo et al (2018) demonstrated cognitive dysfunction in students closest to the higher power cell tower.

There is also a recent study showing blood abnormalities in those living nearest to cell towers (Zothansiama 2017). DNA and lipid abnormalities were seen along with reduction in internal antioxidants which provide protection from pollutants.

Cell towers are not the only source of potentially harmful radiofrequency radiation in schools. Most schools today have converted from wired classrooms to wireless with the use of wireless white boards, wireless computers and with assignments on the cell phones. Wi Fi routers and wireless electronics in the classroom bring this radiation in much closer proximity to students and levels can be higher than near cell towers. The increase in RF exposure in children is a huge concern with cell towers adding to that cumulative exposure. Schools in Germany, Austria and France as well as many private schools in the U.S. have gone back to hardwired connections for health reasons and to reduce exposure. Los Angeles Unified School District banned cell towers on schools in 2000.

Cell Towers and the Telecommunications Act

Cell towers are regulated by the 1996 Telecommunications Act (TCA) . Schools may ban cell towers however municipalities may not according to the TCA. It states that a cell tower cannot be denied on the basis of health in Section 704 as follows, “`(iv) No State or local government or instrumentality thereof may regulate the placement, construction, and modification of personal wireless service facilities on the basis of the environmental effects of radio frequency emissions to the extent that such facilities comply with the Commission’s regulations concerning such emissions.”

The Collaborative for High Performing Schools developed criteria and policies for schools to improve student performance through improved building design. This includes Best Practices for Low EMF in 2014. This well researched and well written policy includes recommendations to reduce wireless radiofrequency radiation in schools as follows:

Ellie Marks, Founder and Executive Director of the California Brain Tumor Association, agrees with the decision to move the cell tower away from the school. She states, “Our reading of the situation is that science has established enough proof of harm that regulations should be updated now and appropriate warnings issued. The “jury” actually is back and it has given its guilty verdict.” She feels the tower “should be turned off for now even before it is moved, to protect the students, teachers, staff and administrators.” Adding a ban on further cell towers within the school district seems prudent as well.