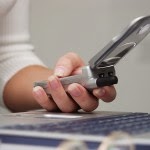 Two years ago, after many lab tests and much in-depth history-taking, my doctor finally diagnosed me with a disease called “electromagnetic hypersensitivity”. What a relief!

I had so many different symptoms—from headaches to digestive problems to sleeping difficulties to rashes—that it had been a mystery to him what it could be I was suffering from. And I was worn out with dealing with all these symptoms for so many years.

But he’d done his research. He’d discovered that there’s a new disease that doctors are recognizing more and more these days: electromagnetic hypersensitivity—also known as electrosensitivity or EMF sensitivity.

Electromagnetic Sensitivity is on the Rise

Increasing numbers of people, he explained, are becoming ill because their bodies can’t handle the electromagnetic fields coming from all the wireless technology that is now impossible to avoid everywhere we go. He also said that even just the electricity in my walls and my appliances were probably causing my symptoms. Wow! That was news to me.

Although I was happy to finally find out what had been causing all my symptoms, I was also distressed at what it meant. What was I to do about my cell phone and my laptop—both essential to my work as both a psychotherapist and a writer? Use them as little as possible, was his suggestion. Don’t have them anywhere near my head at night when I sleep. (And move the digital clock I also had on my night stand.)

He asked me what was on the other side of the wall from my bed. I realized my refrigerator in the kitchen was there. Move your bed, he told me. All right, I was able to do that—the bedroom didn’t look that great with the bed moved to another place, but I was willing to do it. And I was willing to put my cell phone and laptop in another room when I was sleeping

Those changes did seem to help my sleep at night—and to some extent, my headaches. But I had no idea what to do about needing to use them a lot during the day for my work. Or how to avoid Wi-Fi, which he said was probably another reason for my electromagnetic sensitivity symptoms. And I certainly didn’t know what to do about getting away from my electricity or my appliances (Sorry, but I absolutely need my hairdryer!).

I was in a quandary for awhile about all this, till a friend mentioned something about EMF protection. For some reason, I hadn’t even thought there might be such a thing. But sure enough, I went online and found a number of different companies with EMF protection products.

I wasn’t sure about some of them—they looked a little flaky. You know, like crystals or other rocks or stickers. I couldn’t imagine that those inexpensive and non-scientific things could do anything much to actually block EMFs.

But then I started finding things like EMF pendants that looked a little more reasonable. I tried a couple of these, and was pleased to find that they seemed to work—at least for a while. It was hard to know if I was just imagining things or not, though. And most of my symptoms really weren’t getting better.

Then I finally came across the company EarthCalm, and there was just something about this company that attracted me. First of all, there wasn’t a lot of hype on their website. There were good explanations about my disease and how their technology worked.

I hesitated at first because of their prices, but then I thought, well if these products have some real technology in them, then they probably would cost more than some of the other products out there. I read also that they were made here in the US too—not off in China somewhere. That would account for the higher cost maybe—but it would also mean there was probably better quality assurance. So I bought the Home EMF Protection System to start.

The first clue I had that something was really working was that after plugging in the first plug, I immediately felt symptoms of detox. I knew from long years of being sick that detoxing was absolutely necessary if you were going to get better from any long chronic illness.

I’d had to take supplements a number of times to help my body detox before I could start feeling better. It’s always uncomfortable to go through it, but the results are so great, that you just decide to do it.

So when I started feeling fluish after plugging the first plug of the Home System in, it wasn’t great—but I somehow knew the Home System was doing something. I also started having more digestion problems—another detox sign.

That lasted maybe 2 days—and then I was feeling better again. In fact, better than before I plugged it in. I got very excited. After a week, I plugged the next plug in, and went through the same kind of thing. It wasn’t bad, just kind of achy, sluggish—typical detox symptoms.

By the time I plugged in the third plug and went through the couple of days of detox, I was amazed at how good I was feeling. My headaches were almost gone, I was sleeping and digesting so much better—I was elated! And amazed that just taking care of the electricity and appliances in my home had made such a difference.

What to do about my Cell Phone and Laptop?

However, I was still concerned about my laptop and my cell phone. I knew I always felt worse when I was using them. Microwave radiation is even worse, from everything I was reading, than the EMFs coming from my electricity.

So, after long thought (and making long-term financial plans!), I decided to invest in the other three main products EarthCalm makes—the Quantum Cell, the Omega WiFi, and the Nova Resonator. I knew if they didn’t make me feel even better, I could always return them—I had up to 90 days to test them.

Well, long story short, I am now able to be in rooms with Wi-Fi, without getting a headache! I can stay on my laptop for hours at a time and use my cell phone as much as I need to, and not feel like I’m going to pass out or get sick. I feel “normal” again. It took a few months to get to this place–but then, it’d taken a number of years to get as sick as I was. It was worth the wait.

EarthCalm has given me my life back, and I’m so grateful. I now consider myself a person who is recovering from electromagnetic sensitivity.