A Paper on Electromagnetic Hypersensitivity by Dr. Erica Mallery-Blythe 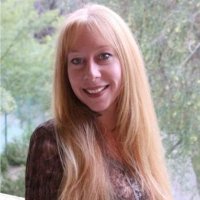 A paper on electromagnetic hypersensitivity by Dr. Mallery-Blythe
by Katherine Smith, naturalmedicine.net.nz, 25 December 2015

You can read this document at this link: http://www.iemfa.org/wp-content/pdf/Mallery-Blythe-v1-EESC.pdf

For printing purposes:
The first 1-7 pages are body text, the rest are references. This document consists of 79 pages.

This summary is expanded section of a larger document entitled "Electromagnetic Health for Children". The full document is designed in response to requests for information detailing current health concerns of electromagnetic fields (EMFs) with a focus on radiofrequency (RF) radiation. This is an expanded subsection covering EHS only.

We are currently witnessing the largest change to the Earth's electromagnetic environment that has ever taken place in human history. This change has taken place in the very short period of a handful of decades and continues to escalate at an exponential rate (Appendix 1). Given that household electricity, which was the first anthropogenic (man-made) electromagnetic field (EMF), only became prolific after the turn of the century, artificial EMF has barely seen one generation from cradle to grave. The use of higher frequency microwave devices such as mobile telephony, Wi-fi and smart meters, have suddenly become commonplace despite almost no safety testing and decades of evidence of potentially lethal effects. This has sparked a political and scientific debate that is gathering momentum on a daily basis, raising concern about the continued use of such devices. One may assume when witnessing the vast implementation of, for example Wi-fi in the home, school, workplace or public domain, that experts have provided sufficient evidence of safety to overwhelm scientific concern. This is not the case.

The World Health Orgnaisation (WHO) / International Agency for Research on Cancer (IARC) Classified RF as a Group 2 B 'Possible Human Carcinogen" (2011). Despite this, there has been no attempt in the UK at disseminating this important information to the public. Conversely, it was not even mentioned in the AGNIR government commissioned report a year later in 2012. The only safety guidelines currently used in the UK are those constructed in 1998 regarding 'thermal (heating) effects' of non-ionising radiation. These are not protective of health given the vastly documented non-thermal effect taking place orders of magnitude below these levels. They are obsolete. Other countries have responded to this information and have safety limits more biologically sensible thousands of times below ours (see Appendix 2). Mechanistic data is available to explain these effects and every bodily system is affected (as one would expect from a radiation induced illness).

The very broad range of RF emitting devices on the market were never pre-market safety tested and many now contain fine print warnings from the manufacturers which warn that one must keep the devices a minimum distance from the body which in some cases is incompatible with use. The public are generally not aware of these warnings or the increased vulnerability of certain groups such as children, foetuses, elderly, pregnant women, infirm and those with EHS.

The full paper gives an overview of facts that should be considered during the policy change that is clearly necessary, and this subsection concerns Electromagnetic Hypersensitivity (EHS) only.

Electromagnetic hypersensitivity is characterised by an awareness and/or adverse symptomatology in response to even extremely weak (orders of magnitude below current safety levels1,2 ) electromagnetic fields of multiple types (in terms of frequency/intensity and waveforms). Relevant diagnostic coding that may be used by UK medical doctors include “idiopathic/environmental intolerance (IEI)”, 3,4 code Z58.4 (Exposure to radiation) under the International Classification of Diseases (ICD-10), 5 T66 (microwave syndrome)=”other unspecified effects of external causes: radiation sickness.” 6

[Note: All life is electrosensitive to some degree and thresholds for conscience perception will vary depending on age, gender and individual physiology.7,8,9,10 ]

If EHS is unmanaged and there is general detioration, there will be reaction to an increasingly broad range of frequencies at increasingly low intensities, i.e. the number of devices complained of triggering symptoms will increase and symptomatic distances will decrease. 19 Tendency towards MCS will also increase and irreversibility will become more likely. 20

Extrapolated figures suggest that 50% of the population may be affected by 2017 (Appendix 3).

10. Recognised by World Health Organisation (WHO): The WHO states that 'symptoms are certainly real' and 'in some cases can be disabling'. 136 ‘Some studies suggest that certain physiological responses of IEI individuals tend to be outside the normal range. In particular, the findings of hyper reactivity in the central nervous system and misbalance in the autonomic nervous system need to be followed up in clinical investigations and the results for the individuals taken as input for possible treatment.’ 113

Whilst the nocebo effect (physical symptoms induced by fear) has been suggested, 137 thorough investigation of individual histories renders this concept invalid in the majority of cases. Additionally, psychological therapies are much less effective at reducing symptoms than avoidance of electromagnetic fields138 (see also point 14 below) and risk perception alone has not been felt adequate to explain the characteristics witnessed.17 Furthermore, evidence of EHS type symptomatology in studies involving small children, foetuses139,140,141,142,143 and
animals144,145,146,147,148,149,150,151,152,153,154,155,156,157,158,159,160,161,162,163 (where media-cultivated perceptions are impossible), also invalidates this theory.

12. Recognised as a functional impairment:

- Under the disability act in Sweden,164,165USA166 and Canada.167
- Legal cases are now being won for long term disability pensions/compensation (Australia,168 France,169 Spain, 170UK 171 and United States172,173 ).
- Hospital facilities with low EMF have been constructed.174
- Academic bodies urge immediate protection for those with EHS.175,176
- The UN177,178 and the European Parliament179 have made clear the requirement for equal opportunities for those with EHS.

Well known, credible individuals such as Dr Gro Harlem Brundtland, Former Director-General of WHO and the first female Prime Minister of Norway180 and Matti Niemelä, former Nokia Chief Technical Officer181 have been public regarding their Electromagnetic Hypersensitivity.

Medical guidelines have been drawn up for doctors to diagnose95 ,182 and manage183,184,185 the condition physiologically with advice to urgently reduce exposure, and this advice is echoed by many other organizations. 164,167,183,186,187,188,189,190.191,192,193,194 Additionally, research has shown avoidance can be the only reliable form of management to improve symptoms.138,195 Currently the most reliable way to diagnose EHS is via history, i.e. it is a clinical diagnosis,182 but there are other tests currently being used in the private sector and in the research forum believed by their users to be diagnosistic or aid diagnosis.

Many children are currently affected, but undiagnosed. Children are likely to be more vulnerable to developing EHS since their exposure is higher (as explained above), and outcomes may be worse given their developing systems and greater time for latent effects. Children with EHS must be supported at school under the conditions stated in the ‘Supporting pupils at school with medical conditions’ Department for Education document (April 2014). 196

In addition to those with EHS and children, other vulnerable groups include the elderly, pregnant women, foetuses and those with co-morbidity (concurrent) illnesses. In order to protect vulnerable groups there has been increased call for designated, legally protected white zones (no or low EMF areas).197,198,199

It has been demonstrated that EHS is already affecting a very large number of people in the UK (see point 6) and given that a proportion of these people will be unable to work due to their condition, revenue is being lost.200 Additionally an extra burden is created on NHS resources due to inappropriate diagnosis and management of common symptoms, including in those who may be unaware they have EHS. In more severe cases, individuals are forced to live in extreme isolation, poverty and poor health. These individuals cannot access basic, life sustaining public amenities, such as grocery stores, petrol stations and health care facilities. There is there a clear breach of their human rights. We are aware that some individuals are living in automobiles and tents which can also prove threatening to health and life, especially in extremes of temperature.

Author’s notes: I am contacted on a daily basis by a variety of different individuals including, persons with EHS, medical practitioners, school and parent groups, legal representatives, media and political bodies in the UK looking for medical advice on EHS or health effects of EMF in general. This is an increasingly demanding task and therefore I have founded a medical doctors organisation entitled PHIRE (Physicians’ Health Initiative for Radiation and Environment) in order to increase the available support for those requesting it. PHIRE aims to: