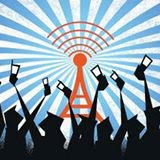 The Telecommunications Act of 1996 does not allow communities to stop the siting of cell towers for health reasons. Nevertheless, landlords may be liable for any harm caused by cell phone radiation emitted by towers situated on their property.

Localities need to organize and change the Federal law to protect public health and wildlife from exposure to microwave radiation emitted by mobile phone base stations.

Following are some resources regarding the health effects of exposure to cell tower radiation. I will occasionally update this page.
Related posts

The RF power density of the exposed individuals was significantly higher (p < 0.0001) when compared to the control group. The HPBLs were cultured and the DNA damage was assessed by cytokinesis blocked micronucleus (MN) assay in the binucleate lymphocytes. The analyses of data from the exposed group (n = 40), residing within a perimeter of 80 meters of mobile base stations, showed significantly (p < 0.0001) higher frequency of micronuclei (MN) when compared to the control group, residing 300 meters away from the mobile base station/s.


All of the recorded RFR power density values in this study were well below the Federal Communication Commission’s maximum permissible exposure limits in the U.S. for the general population. These limits are are 6,000 mW/m2 [milliwatts per square meter] for 900 MHz and 10,000 mW/m2 for 1800 MHz radiofrequency radiation. In contrast, the highest recorded value in this study was 7.52 mW/m2 of RFR. The “exposed individuals” who resided within 80 meters of a cell antenna received an average of 5.00 mW/m2 of RFR in their bedrooms.

RFR may change the fidelity of DNA as the increased incidence of cancer has been reported among those residing near mobile phone base stations (Abdel-Rassonl et al., 2007; Bortkiewicz et al., 2004; Cherry, 2000; Eger et al., 2004; Hardell et al., 1999; Hutter et al., 2006; Wolf and Wolf, 2004). RFR emitted frommobile base stations is also reported to increase the DNA strand breaks in lymphocytes of mobile phone users and individuals residing in the vicinity of a mobile base station/s (Gandhi and Anita, 2005; Gandhi et al., 2014). Exposure of human fibroblasts and rat granulosa cells to RFR (1800 MHz, SAR 1.2 or 2 W/kg) has been reported to induce DNA single- and double-strands breaks (Diem et al., 2005). Irreversible DNA damage was also reported in cultured human lens epithelial cells exposed to microwave generated by mobile phones (Sun et al., 2006). The adverse health effects of RFR are still debatable as many studies indicated above have found a positive correlation between the DNA damage and RFR exposure; however, several studies reported no significant effect of RFR on DNA strand breaks and micronuclei formation in different study systems (Li et al., 2001; Tice et al., 2002; McNamee et al., 2003;Maes et al., 2006). The potential genotoxicity of RFR emitted by mobile phone base stations can be determined by micronucleus (MN) assay, which is an effective tool to evaluate the genotoxic or clastogenic effects of physical and chemical agents. This technique has also been used to quantify the frequencies of radiation-induced MN in human peripheral blood lymphocytes (HPBLs) (Fenech and Morley, 1985; Jagetia and Venkatesha, 2005; Prosser et al., 1988; Yildirim et al., 2010).

Six mobile phone base stations, operating in the frequency range of 900 MHz (N = 2) and1800MHz (N = 4), erected in the thickly populated areas of Aizawl city were selected for the present study… The power output of all the base stations is 20 W, with their primary beam emitting radiation at an angle of 20°. Power density measurements (using HF-60105V4, Germany) were carried out in the bedroom of each participant where they spent most of the time and hence have the longest constant level of electromagnetic field exposure. Power density measurement was carried out three times (morning, midday and evening), and the average was calculated for each residence around each base station. The main purpose of the measurement of power density was to ensure that RFR emission from each site did not exceed the safe public limits and to determine any difference in power density between selected households that were close to (within 80 m) and far (>300 m) from the mobile phone base stations. The safety limits for public exposure from mobile phone base stations are 0.45 W/m2 for 900 MHz and 0.92 W/m2 for 1800 MHz frequency as per Department of Telecommunications, Ministry of Communications, Government of India, New Delhi guidelines (DoT, 2012).

… some residences are located horizontally with the top of the towers from which RFR are emitted, making it possible to get an exposure at a short distance of 1–20 m, despite being erected on the rooftop or in the ground. A minimum of two individuals were sampled from each household and at least five individuals were sampled around each mobile base station. Individuals sampled around each base station were matched for their age and gender (Table 1). The exposed group consisted of 40 healthy individuals who fulfilled the inclusion criteria of being above 18 years of age and residing in the vicinity of mobile phone base stations (within 80 m radius). The control group comprised of 40 healthy individuals matched for age and gender who had been living at least 300 m away from any mobile phone base stations…. Sampling was also done only from those residences who did not use microwave oven for cooking, Wifi devices and any other major source of electromagnetic field as they are known to cause adverse effects (Atasoy et al., 2013; Avendaño et al., 2012).

The groups matched for most of the demographic data such as age, gender, dietary pattern, smoking habit, alcohol consumption, mobile phone usage, duration of mobile phone use and average daily mobile phone use (Table 2). A highly significant variation (p < 0.0001) was observed for the distance of household from the base station (40.10 ± 3.02 vs. 403.17 ± 7.98 in m) between exposed and control groups.

The exact mechanism of action of RFR in micronuclei induction and reduced antioxidant status is not apparent. The possible putative mechanism of generation of DNA damage may be the production of endogenous free radicals due to continuous exposure. RFR has been reported to produce different free radicals earlier (Avci et al., 2009; Burlaka et al., 2013; Barcal et al., 2014; Kazemi et al., 2015). Cells possess a number of compensatory mechanisms to deal with ROS and its effects. Among these are the induction of antioxidant proteins such as GSH, SOD and CAT. Enzymatic antioxidant systems function by direct or sequential removal of ROS, thereby terminating their activities. An imbalance between the oxidative forces and antioxidant defense systems causes oxidative injury, which has been implicated in various diseases, such as cancer, neurological disorders, atherosclerosis, diabetes, liver cirrhosis, asthma, hypertension and ischemia (Andreadis et al., 2003; Comhair et al., 2005; Dhalla et al., 2000; Finkel and Holbrook, 2000; Kasparova et al., 2005; Sayre et al., 2001; Sohal et al., 2002). Because of the significant decrease in endogenous antioxidants and increased LOO among the exposed group, the extra burden of free radicals is unlikely to get neutralized, and these surplus ROS may react with important cellular macromolecules including DNA forming either DNA adducts or stand breaks, which may be later expressed as micronuclei once the cell decides to divide. The decline in the antioxidant status may be also due to the suppressed activity of Nrf2 transcription factor which is involved in maintaining the antioxidant status in the cells.

The present study has reported that [radiofrequency radiation] increased the frequency of [micronuclei] and [lipid peroxidation] and reduced [glutathione] contents, [catalase] and [superoxide dismutase] activities in the plasma of the exposed individuals. The induction of [micronuclei] may be due to the increase in free-radical production. The present study demonstrated that staying near the mobile base stations and continuous use of mobile phones damage the DNA, and it may have an adverse effect in the long run. The persistence of DNA unrepaired damage leads to genomic instability which may lead to several health disorders including the induction of cancer.