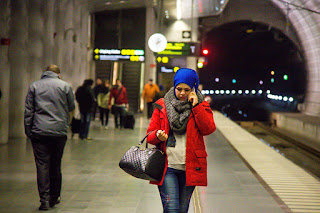 (Photo):The vast majority of American adults — 97% — own a cellphone of some kind, according to the Pew Research Center. (Photo by Susanne Nilsson via Flickr)

For more than a decade, Joel Moskowitz, a researcher in the School of Public Health at UC Berkeley and director of Berkeley’s Center for Family and Community Health, has been on a quest to prove that radiation from cellphones is unsafe. But, he said, most people don’t want to hear it.

“People are addicted to their smartphones,” said Moskowitz. “We use them for everything now, and, in many ways, we need them to function in our daily lives. I think the idea that they’re potentially harming our health is too much for some people.”

Since cellphones first came onto the market in 1984, they have gone from clunky devices with bad reception to today’s sleek, multifunction smartphones. And although cellphones are now used by nearly all American adults, considerable research suggests that long-term use poses health risks from the radiation they emit, said Moskowitz.

“Cellphones, cell towers and other wireless devices are regulated by most governments,” said Moskowitz. “Our government, however, stopped funding research on the health effects of radiofrequency radiation in the 1990s.”

Since then, he said, research has shown significant adverse biologic and health effects — including brain cancer — associated with the use of cellphones and other wireless devices. And now, he said, with the fifth generation of cellular technology, known as 5G, there is an even bigger reason for concern.

Joel Moskowitz: I got into this field by accident, actually. During the past 40 years, the bulk of my research has been focused on tobacco-related disease prevention. I first became interested in cellphone radiation in 2008, when Dr. Seung-Kwon Myung, a physician scientist with the National Cancer Center of South Korea, came to spend a year at the Center for Family and Community Health. He was involved in our smoking cessation projects, and we worked with him and his colleagues on two reviews of the literature, one of which addressed the tumor risk from cellphone use.

After reading many animal toxicology studies that found that this radiation could increase oxidative stress — free radicals, stress proteins and DNA damage — I became increasingly convinced that what we were observing in our review of human studies was indeed a real risk.

While Myung and his colleagues were visiting the Center for Family and Community Health, you reviewed case-control studies examining the association between mobile phone use and tumor risk. What did you find?
Continue reading:
https://news.berkeley.edu/2021/07/01/health-risks-of-cell-phone-radiation/
Publié par MerisRM à l'adresse 9:02 AM